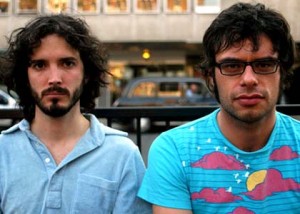 Back in the day, when glossy tech magazines reined supreme, I happened to represent the once pre-eminent publisher in the space. Our client expected a steady diet of non-competitive media attention for its portfolio of titles.

To this end, during the Macworld Expo in Boston, we cajoled a couple of beantown TV stations to CompUSA to meet one of our client’s Mac-enthusiast book editors for a package featuring a head-to-head comparison of a Wintel machine versus a Macintosh.

Separately, and shortly thereafter, my Intel client bolted the chipmaker’s PR team for Apple Computer. She soon contacted me to request a proposal for the then marketshare-losing Cupertino company. Thinking about the ease with which we convinced those Boston TV stations to take the Pepsi Challenge, we proposed the same strategy as the linchpin for a prolonged Apple PR campaign.

It fell on deaf ears. (Today I can only smile when I see the bloated PC guy commercials.)

The strategy to pick a public fight with the recognized market leader remains an effective one indeed. Just think Avis. This morning’s New York Times reports on how the dominant cable TV brand today finds itself fending off incendiary (but newsmaking) attacks by its less esteemed rivals.

“Showtime, the next biggest pay-cable channel, has had some of its executives go so far as to use a new title for their biggest rival: ‘HB-Over.’ Matthew C. Blank, the chairman of Showtime, said, ‘I’ve heard that term used for HBO both outside and inside our network.'”

Of course, my old friend, the media-savvy Richard Plepler, wasn’t daunted by the PR-fueled assault:

“As for the rest of its lineup, Richard Plepler a co-president of HBO, offered a long list of accomplishments, topped by the channelâ€™s continued dominance of the Emmy nominations. The channel has also seen its subscriber numbers increase this year, according to a survey by Kagan Associates.”

Frankly, I don’t think HBO has much to worry about given the success of “Entourage,” “Modern Love” and, my personal favorite, “Flight of The Conchords,” but market leaders shouldn’t be complacent. Some rival with nothing to lose will see the PR upside by nipping at the heels of its major nemesis.