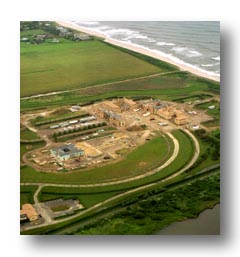 News flash: Mogul Hires PR Man. In a story reminiscent of the controversy surrounding construction of the largest home in the trendy Hamptons, a Connecticut hedge fund manager withdrew plans to build a 39,000 sq.ft. mansion in toney Greenwich. It would be the town’s largest — even bigger than the Greenwich commode of that other publicity magnet Leona Helmsley.

The catalyst for the withdrawal: yesterday’s New York Times story (with pictures ), which provided a glimpse of the potential community uproar.

Apparently, the hedge fund manager didn’t want to submit to the same public vitriol endured by that conspicuous Hamptons’ home builder Ira Rennert. (Or perhaps his hedge fund didn’t need the added scrutiny?) The public dispute over Mr. Rennert’s Neverland Ranch — which is now finished and occupied (to the degree that it can be) — grew especially pernicious. The project inspired East End resident and prolific writer James Brady to pen a novel aptly named The House that Ate the Hamptons.

In the piece today, The Times scribe made a point to trumpet the hiring of George Arzt, former Daily News reporter and long-time political PR operative. Chief Arzt put the issue to bed.

“By midafternoon, Mr. Jacobs had hired a public relations adviser, George Arzt, who released a statement from him. ‘In light of the publicity, I no longer have any plans to build this house,’ Mr. Jacobs said in the statement.”

Short sweet, and all in a day’s work!