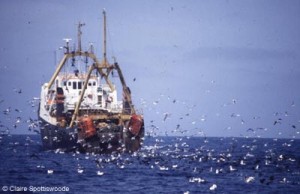 One of the more interesting comments by Trevor Butterworth in the previous post revolved around who influences whom: bloggers—>mainstream journalists or vice versa. He noted:

“Overwhelmingly, the influence is one way — bloggers are media parasites. Very few bring something original to the fray, largely because the nature of the medium is about commenting on rather than creating something.”

Today, Tom Rosentiel and Columbia’s J School, with financing from the Pew Charitable Trust, released findings that provide further evidence of the fragmentation of the media, and reaffirmed Mr. Butterworth’s contention that bloggers, while not parasitic per se, offer little new in the original reporting department.

“Contrary to the charge that the blogosphere is purely parasitic,” the study said, bloggers raised new issues. But they did almost no original reporting: only 1 percent of the posts that day involved a blogger interviewing someone else and only 5 percent involved some other original work, such as examining documents.”

Howard Kurtz reports on the study in his column today in which Mr. Rosentiel is quoted: “Everyone’s got fewer resources, and yet everyone feels compelled to cover the same basic stories.”

“Google News offers access within two clicks to 14,000 stories, but really they are accounts of just 24 news events.”

As the PR community continues its fascination with generating viral buzz by courting influential bloggers — a group that overwhelmingly derives its content from mainstream news outlets — should practitioners be so quick to minimize the latter? Again, we come back to the question: who influences whom, and how should PR pros adjust their media outreach strategies accordingly?