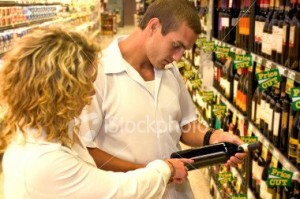 This is how one Boston PR pro is described in today’s Boston Herald — a client of his. The piece outlines the public affairs battle fermenting between two stalwart Beantown political PR types for the hearts, minds and palates of voters over an upcoming referendum on whether wine should be sold in supermarkets.

“The Vote No on Question One committee has paid Rasky Baerlein more than $200,000 to oversee its campaign, according to the Office of Campaign and Political Finance. Regan, which is handling day-to-day press strategy for the Food Association, has been paid $62,000.”

I guess the wine merchants have deeper pockets, but it’s really not about the money, according to the Herald:

“Also up for grabs are bragging rights, a precious commodity in the professional world of spin. Those stakes are racheted up by Regan and Rasky’s almost 30-year history of being on opposite sides.”

At least the writer recognizes “the world of spin” as being “professional,” though I’m not sure this article does much to advance the collective reputation of the PR biz. For the sake of the profession, the two should break bread over a nice bottle of Cabernet Sauvignon…after the vote, of course.