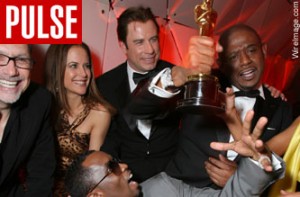 I’m not obsessed with paparazzi. Though one couldn’t help but notice the $200 million that Getty forked over last week for celeb photo agency WireImage. (Would WireImage’s shooters even consider themselves paparazzi?)

The paparazzi do however play an incongruously glorified role in today’s complex ecosystem of news gathering — especially when one considers the ever-widening news holes that accommodate their real and faux-celebrity subjects.

Didn’t Bob Herbert and Frank Rich (TimesSelect required) recently opine on how the sordid tales from Florida and Malibu sadly overshadow the true state of domestic and international affairs?

Well the financial rewards many a paparazzo have garnered through their voyeuristic capture of compromising images may soon be coming to an end if you believe one disgruntled shooter in Europe. The Guardian reports:

“A top paparazzo has said business for celebrity photographers is under serious threat from an army of amateurs and opportunists snapping stars on their mobile phones.”

You mean the images of Saddam’s hanging weren’t the work of a seasoned photojournalist? And then there’s the news today of MSNBC’s month-old foray into the CGM arena.

“While users can post whatever theyâ€™d like at FirstPerson.MSNBC.com, the siteâ€™s editors screen all submissions, placing the best and most relevant content in specially designed galleries. Fans of the site can also vote on their favorites.”

Now this is nothing new. Citizen journalists across all mediums are creating and publishing content — some even newsworthy — that competes handily with “professional” journalistic fare. I just haven’t seen photojournalists (I’m being polite) grouse about the prospect of disintermediation by the 1.0 mega-pixel mobile phone/camera crowd. That’s new.

As PR professionals, to whom then do we proffer access to our client-newsmaking events: the prolific citizen reporter, photographer or videographer, or the professional journalist? Hmmm. I would say both for the foreseeable future, but the answer eventually will rest with the ever-fine slice of audience one’s trying to reach. The Vanity Fair party venue simply won’t accommodate every “legitimate” scribe and shooter.