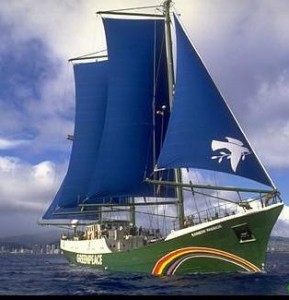 In its ongoing commitment to lessen the public perception gap that exists over its factories’ working conditions, Gap Inc. today leaked to the Wall Street Journal its second annual “social-responsibility report.” The news is good (otherwise, why would the SF-based apparel company have offered it up to The Journal a day before its general release?)

More and more companies are taking the initiative to placate their important constituencies, which include increasingly influential and sophisticated NGOs, by tackling and then publicly sharing the operational and societal challenges they face. Reebok, followed by Nike, are other notables that have transparently come to terms with their workers’ standard of living.

On the environmental front, BP and Shell have taken the lead, while ExxonMobil’s CEO, in an article also published in The Journal, thumbed his nose at the environmental movement. We soon shall see the price it will pay for its recalcitrant position. The company is now the target of a boycott by some potent NGOs. Maybe the nation’s largest oil producer should just take out a Greenpeace ship?