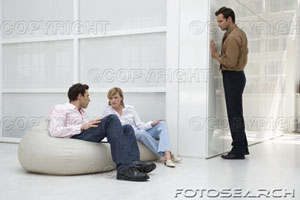 According to the news release issued today — with a hat tip to that Brazen Careerist Penelope Trunk for bringing it to my attention — Techdirt expects the new service to “fill a gap between broad consumer testing services and expensive traditional polling services.”

It’s no secret that monitoring “the conversation” can offer PR and marketing types timely intelligence that can lead to more focused communications programs. The news today actually reminded of the nascent days of online intelligence gatrhering and surveys. We had Harris Interactive as a client, which had a proprietary panel whose numbers dwarfed the sample sizes used in traditional focus groups and phone surveys.

The big question back then was whether the panel was statistically valid since computer access was relegated to a less-than-representative sample of the general population. Today, however, with 50 million+++ bloggers, the intelligence gleaned from mining them should be much less subjective and much more valuable. The Economist:

“The direct, unfiltered, brutally honest nature of much online discussion is gold dust to big companies that want to spot trends, or find out what customers really think of them.”

Even so, Techdirt’s entering an already very crowded space. I wish them much success.

Update: Mick Masnick, president of Techdirt Corporate Intelligence, sent this blogger a note to make sure I get it right. In his words:

“…this new service has nothing at all to do with monitoring, but in proactively getting analysis from the smartest people in the community. It’s not about collecting what people are saying, but aggregating the people so that they can act as an instant expert analyst firm. So, customers for the Techdirt Insight Community will put forth an issue or idea that they want feedback on — and we will pick the people in our community who have expertise in that area, allowing them to respond in the system.”

Thanks for the clarification, Mike. Do you remember The Times’s Abuzz.com?