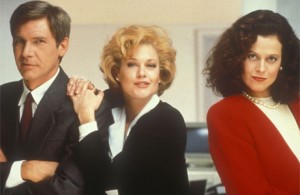 Buried in Keith Kelly’s column today we find the following squib amidst the news of Patricia Duff’s party for Fats Domino last Friday at Michael’s where the ubiquitous Mel Brooks made a brief appearance:

More on that in a moment.

This was just another gathering of media & entertainment movers & shakers at Michael’s, a restaurant that’s giving Elaine’s, and perhaps even The Four Seasons, a run for the money. I’m told that even my very first boss Bobby Zarem who keeps Elaine’s name boldfaced in the columns, is now a regular at the West 55th Street spot. Meanwhile, our bi-monthly men’s lunch, which played host to one esteemed media reporter for The New Yorker, was moved to the Country Club. (Geesh. I’m hoping that’s short-lived, but admittedly things could have been worse.)

Getting back to the Rubensteins public meeting with the esteemed Mr. Gehry. You mean you didn’t hear? Mr. Gehry is being sued for negligence by MIT for “flaws in his design of the $300 million Stata Center in Cambridge.” Design flaws that allegedly “caused leaks to spring, masonry to crack, mold to grow, and drainage to back up.”

Maybe I’m misreading this, but do you remember the scene in “Working Girl” where Melanie Griffith reveals how she conceived the idea for Trask Radio? (Hint: a New York Post gossip item.) Well, reading Keith’s column today, one has to wonder whether Messrs. Rubenstein have a new client in Mr. Gehry.

What I’m wondering is what’s the purpose of meeting in such a media hotspot? Does the fact that Mr. Gehry has retained HJR to restore his good name speed the restoration process? Last year, I took one big agency to task for agreeing to sit for a lengthy New Yorker feature focused on the firm’s work for its very controversial client.

And then this week there was Portfolio‘s pseudonymous Jack Flack pointing to a Business Week profile of another self-aggrandizing brash agency head who’s finally being outed as the self-promoter he is. In it, the reporter re-plays one client’s take: “I saw more press releases on him than any work for my firm.”

Look, I don’t think there’s anything wrong with listing your clients on your website – with permission of course. And frankly, some clients feel that hiring a name-brand agency can lead to greater legitimacy. But, as a rule, I believe it’s a good idea to step away from the Poltergeist spotlight to let your client stand front and center.

And then again, maybe I’ve misread the Post item altogether. For all I know, the quintessential NY PR man is actually retaining Mr. Gehry for some design work, or the two simply are fans of Fats Domino. Nah.