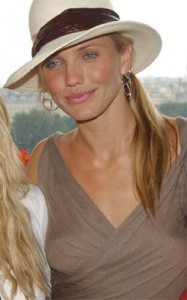 So what does Cameron Diaz gain by suing the National Enquirer over the weekly tab’s story saying she was canoodling with someone other that her current squeeze Justin Timberlake? She doesn’t need the money, unless she burnt through her assets living the Hollywood dolce vita. She certainly doesn’t need to restore her pristine good girl reputation. That was lost a long time ago.

Perhaps she’s seeking to preserve her high profile coupling, recognizing that two stars are exponentially better than one when it comes to celebrity value and demand. (Maybe a jealous Justin gave her an ultimatum?) In either case, Enquirer (American Media) spokesperson Stu Zakim, a member of the board of the Publicity Club of NY (of which I serve as president), is a seasoned veteran who will hold his own against Ms. Diaz’s flacks.

While The Enquirer was the original scandal-filled, often-sued tabloid, it has come a long way with its reporting act in recent years under the leadership of former Hachette-Filipacchi exec David Pecker, now CEO of Enquirer parent American Media. It’s not TIME magazine, mind you, but Elvis is no longer alive on its pages.

Diaz’s lawyers will have a hard time prevailing in the lawsuit, given the barriers to proving malice with a public figure. My prediction: it will be settled quietly out of court.