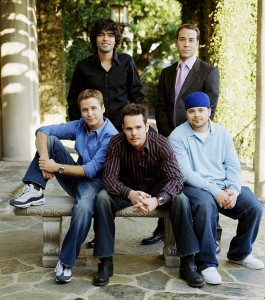 “…according to a person briefed on the negotiations who would not be identified because the deal has not been formally announced.”

This is from this morning’s New York Times business story by the paper’s youthful TV reporter and decoder Brian Stelter.

It pre-reports the deal between Apple and HBO to finally offer for sale the latter’s programs on iTunes, but with a catch. Several may go for “…a price higher than the $1.99 that it now charges for all current television episodes.”

Now I wonder whether that was an intentional leak or rather the product of some blabbermouth lawyer or PR type’s effort to ingratiate him or herself with the New York Times reporter. Could it have been the same open source who tweaked Wired’s antennae yesterday?

Whatever the case, Apple and HBO issued its formal, on-the-record news release today, as reported here by CrunchGear. Don’t you just love the dual datelines?

NEW YORK and CUPERTINO, Californiaâ€”May 13, 2008â€”HBO and AppleÂ® today announced that programming from HBO is now available for purchase and download on the iTunesÂ® Store (www.itunes.com). New HBO programs on iTunes include the Emmy Award-winning programs â€œThe Sopranos,â€ â€œSex and the City,â€ â€œDeadwoodâ€ and â€œRome,â€ as well as the critically acclaimed hits â€œFlight of the Conchordsâ€ and â€œThe Wire.â€ The iTunes Store is the worldâ€™s most popular online TV store with over 150 million episodes sold and features the worldâ€™s largest catalog with over 800 shows (over 20,000 episodes).

I’m not sure I would have closed the lead paragraph with that hyperbolic boilerplate, but the stats do impress. As for HBO Video prexy’s Henry McGee’s quote, which follows the lead graph, I’m sure the vaunted HBO PR team could have done better than:

Henry may be excited, but his Cupertino counterpart one-upped him in the histrionics department.

â€œWeâ€™re thrilled to bring this incredible lineup of programming from HBO to the iTunes Store,â€ said Eddy Cue, Appleâ€™s vice president of iTunes.

PR jargon both, in my estimation. Now Brian, in which of the four news release “flavors” would you place this one?