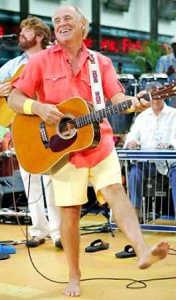 Much has been written about the issue of outsourcing jobs overseas. Intelligent people have made reasonable arguments on both sides of the debate from Tom Friedman’s musings on globalization and the new-found wealth of Bangaloreans, to the unions, which have ratcheted up their efforts in the Beltway to effect protective legislation.

When one’s voice does not gain sufficient traction through public relations or public affairs activities, the advocates frequently turn to advertising to make their point. One of the most effective ads I’ve seen on the outsourcing issue struck me in the face this morning when perusing The New York Times. It featured a headline that read “Remote Control Journalism” with a photo of Warren Buffet and caption (allegedly written by workers in Singapore) that read “…whose hits included ‘Margaritaville,’…”

I’m sure the PR folks at Reuters, the target of this ad, were none too happy. It was the opening salvo of a by-line strike by workers at the UK-based global news organization.