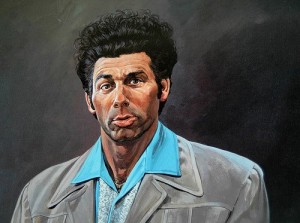 The current issue of IDD magazine online explores the public relations quagmire currently confronting the investment banking industry. In a piece titled “Occupational Hazard,” some of our industry’s bold-faced names share their advice on just how to rebuild IB’s sullied reputation.

Here’s a smattering of the notables’ quotables:

Peter Verrengia, president and senior partner at Fleishman-Hillard’s Communications Consulting Worldwide: “At the heart of this is the fact that the public doesn’t understand the role of the investment banker, how capital formation happens, or how it relates to their own economic progress. This has been fine in the past. Periodically, when the market blew up, bankers would come in for some finger-pointing, but the public, having little understanding of what they really do, tended to move on to other targets that they understood a little bit better, like brokers or individual companies that have failed to perform.”

Paul Argenti, a co-founder of Communications Consulting Worldwide (with Verrengia) and now a corporate communication professor at Dartmouth College’s Tuck School of Business: “If it’s just an image problem, you need a new suit of clothes, and everything will be fine. In this case, the entire industry is perceived as responsible for everything that’s gone wrong in the financial system and everything that’s wrong with America. It’s hard to fix your image when everyone hates you and thinks you’re responsible for all the evil in the world.”

Tim Skeet, regional chairman, International Capital Market Association for the United Kingdom and Ireland: “The media and politicians are trying to ease these elements of the crisis into pre-digested sound bytes, but in reality everything is more complicated and technical than that,” says Skeet. “All of us — the media, politicians and bankers — have a duty to communicate to the public that this is a very complex situation that cannot be reduced to sound bytes.”

Matthew Harrington, CEO of U.S. operations at Edelman: “It’s a very different industry than a consumer product category inasmuch as their audience is pretty rarefied in CEOs and policymakers, so it’s not for a mass audience. But in this period of time they are being splashed across the newspapers, so their visibility is now a mass audience, whereas historically it hasn’t needed to be and hasn’t been.”

Michael Kempner, CEO of MWW Group: “The institutions have to work very hard to create trust, which is going to be very difficult, and they need to be open and transparent and act in a way more consistent with understanding what people are going through in this economy.”

A common theme emerges: the industry needs advocates from its own ranks to frame the conversation or others will do it for them (and don’t forget to hire us to help you).

Yet I wonder whether what ails investment banking is more systemic, and whether a more pro-active media relations posture will prove an effective cure? Me thinks there may be more substantive challenges that need fixing before these companies should take their message to the court of public opinion.