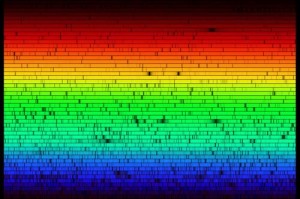 PR pro Deirdre Breakenridge today tweeted a link to a recent Daily ‘Dog post by Jake Wengroff in which the global director of corp. comms. for Frost & Sullivan asks:

“Does a WSJ hit count in the Twitter era? PR must now embrace a hybrid model…”

“Hit,” “placement,” “earned media,” whatever you call it, few will argue with today’s imperative to take an agnostic approach when weighing the relative merits of which journalists to engage on a client’s behalf.

The link from Ms. Breckenridge, who co-wrote with Brian Solis the book Putting the Public Back in Public Relations, backs this “new” hybrid approach.

But I’d venture to say that media relations pros always have taken a “hybrid” approach to finding the “right,” i.e., most appropriate outlet. It’s just that today’s options transcend the wires, newspapers, magazines, local, network and syndicated TV, radio and websites, to include myriad bloggers and microbloggers.

“Weâ€™ve heard much sentimental rumination on the bygone heyday of the ‘mainstream media,’ on the cultural fractionalization inflicted by the Internet, and on the lack of any man who could replicate the undisputed moral authority of Uncle Walter.”

“What matters is content, not style. The real question is this: How many of those with similarly exalted perches in the news media today â€” and those perches, however diminished, still do exist in the multichannel digital age â€” will speak truth to power when the country is on the line?”

Rich makes the point that compelling and courageous mainstream journalists still retain the capacity to make a difference. In other words, a Wall Street Journal “hit” will continue to matter as long as the editorial content has the ability to provoke thought/action. Also, quality reporting from long-established outlets happens to sustain/fuel much of the Twitter and blogospheres.

Notwithstanding, Mr. Rich’s body of work shows a healthy disdain for the abuses of the PR profession, if not the profession itself. It’s highly unlikely that he views Mr. Cronkite’s authority through the same PR prism we use when assessing which journalists have the greatest influence.

Today, influence can be found anywhere along the microcosmic media spectrum. We may have less of a need to reach a mass media audience — given our ability to pinpoint niche audiences with niche media — but the value of mainstream media in the overall mix is clearly greater than Mr. Wengroff’s suggestion: