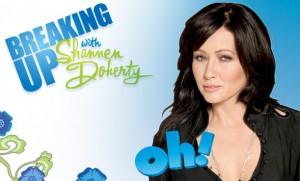 With shades of “60 Minutes” clearly in mind, my old boss George Glazer used to revel in ambushing executives as they entered their media training sessions.

He was fond of surprising unsuspecting CEOs with a video crew and a fabricated question like, “I understand your CFO was just apprehended at the airport with a suitcase full of money. Care to comment?”

Most succumbed to the bait! George eventually advised his charges to never talk to strangers with video cameras.

The current issue of Newsweek has a Q&A with once bad girl actress Shannen Doherty. The interview was pre-arranged by Ms. Doherty’s publicist to promote her new TV series on the Oxygen network. After some pleasanteries, the reporter zinged the actress with the following:

“Haven’t you had some bad breakups? You tried to run over a boyfriend a long time ago, right?”

Ms. Doherty, to her credit, expressed her displeasure at this question and abruptly ended the interview:

“I am not going to have things rehashed from 15 years ago. I’m not going to combat lies…I can already tell what’s going to be in your article. Let me hang up and call my publicist and then we’ll reconvene, because I’m not going down this path.”

They never reconvened, as snidely noted by the reporter.

While I’m no fan of Shannen Doherty, she probably did the right thing by quickly ending the testy exchange. As far as her publicist goes, I’m not so certain he (or she) did the right thing by feeding his client to a reporter intent on rehashing Ms. Doherty’s sordid past. Of course, control over such matters wanes once the interview starts (though reasonable prep work — on both sides of the equation — can help avoid surprises).

MSM reporters rarely provide their questions in advance (but if John Mark Karr agreed to answer ten questions, few news organizations would think twice about submitting them.) In the end, I suspect that the mere mention in Newsweek of the show’s title and network justified the effort in the minds of the interview’s orchestrators. The show premieres tomorrow night.