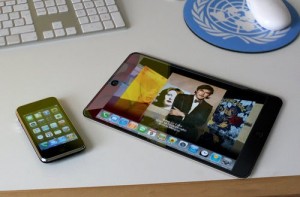 On Monday evening, I tweeted the following:

@PeterHimler March shipping date. Price of $1K. My my. How unApple-like for new product details to leak in advance of the launch.
8:43 PM Jan 4th from Power Twitter

“Often Apple has a need to let information out, unofficially. The company has been doing that for years, and it helps preserve Apple’s consistent, official reputation for never talking about unreleased products.”

He then applies his parer even deeper: 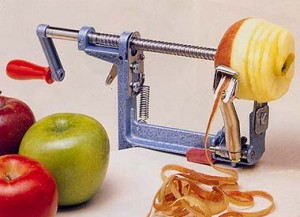 “The way it works is that a senior exec will come in and say, ‘We need to release this specific information. John, do you have a trusted friend at a major outlet? If so, call him/her and have a conversation. Idly mention this information and suggest that if it were published, that would be nice. No e-mails!'”

He reveals that no “paper trail” should be left behind. All clandestine outreach is conducted over the (i)Phone. In the case of Tuesday’s “controlled leak” in the Wall Street Journal, the sources cited were “people briefed by the company”. Hmmm.

Of course, this is a win-win situation for Apple PR. The company can’t be accused of playing media favorites, yet still gets the word out via a most influential outlet. What’s more, Mr. Montellaro writes,

“Walt Mossberg was bypassed so that Mr. Mossberg would remain above the fray, above reproach. Also, two journalists at the WSJ were involved. That way, each one could point the finger at the other and claim, “I thought he told me to run with this story! Sorry.”

Gee. I knew something was not right in the state of Cupertino, but then again maybe this is how Apple typically leverages its mojo with its journalistic followers. Whatever the case, can you blame the company for leaking its ace in the hole what with Google PR’s slam dunk yesterday for its new “superphone” the Nexus One?

Now we just have to wait until the formal announcement on January 26 January 27, a date that was first leaked in late December.