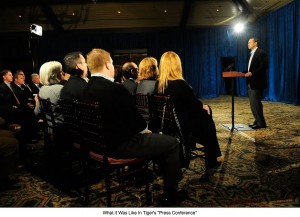 With two public (relations) apologies — one major and one minor — now behind us, who in the PR-sphere hasn’t reflected on the “what if’s” of these now fading acts of contrition?

What if Tiger hadn’t filled the room with friends and family (as props) but instead allowed in journalists to ask questions (versus delivering a tightly scripted speech)?

Why not a taped video statement with no audience at all? (Think Michael Jackson.)

What if he had chose to avail himself for an exclusive interview with Larry King, or The Golf Channel (taking a page from Mark McGwire)?

Would these strategies have served him better in quelling the inevitable post-mortem criticism?

Maybe the choice of channel is secondary to body language, cadence, and word selection in terms of their respective influences on the public’s perception? Frankly, we’ll never know for sure, except to say that the passage of time almost always offers the most effective remedy for tempering even the most egregious of offenses. 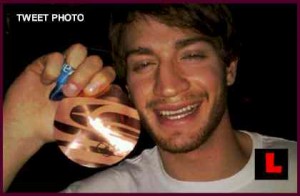 As for the minor apology from bronze medal-winning snowboarder Scott Lago, I wonder if his antics involving his girlfriend, the medal, and a section of his anatomy, all captured online, were calculated to help him publicly rise (forgive) above the other Olympic athletes?

But this post is not intended to re-hash what coulda or shoulda been. It is a recognition of the Olympic athlete who, in my mind, struck exactly the right tone during a less-than-softball interview with Bob (Mr. Olympic) Costas. Did you catch his interview with a most genuine Evan Lysacek, the 2010 Olympic men’s figure skating champion? 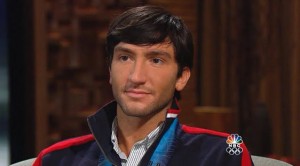 Costas put the winning American on the spot by sharing remarks made by second-place (and second-rate) Russian skater Yevgeny Plushenko. Here’s the exchange:

Evan Lysacek: “I felt good. I felt like I accomplished my goal. I had my personal victory. And whatever happened. Whether I won a medal or not, I was going to be 100% satisfied with my experience here in Vancouver.”

NBC’s Andrea Joyce to Yevgeny Plushenko: “Did you think you had done enough to win gold?”

Plushenko: “Of course. I though I could win with quadruple. I could win. You know. This scoring system is new. And with old system, scoring 6.0, if somebody was going to jump quadruple, he can win easily. With this system, it’s a different system.”

Joyce: “Did it surprise you that the Olympic champion is a champion with out a quad?”

Plushenko: “That surprised me.”

Bob Costas quoting Plushenko: “If the Olympic champion doesn’t know how to do a jump quad, now it’s not men’s figure skating, now it’s dancing. You can’t be considered a true men’s champion without the quad.”

Lysacek: “Well, I think, no one likes to lose. …what he’s saying is coming from a little disappointment and anger…so taking it out of context, I can’t be emotional about it or react to it…The truth is is that he’s been a force to be reckoned with in men’s skating for the last decade, and has been a great role model to me…and has definitely pushed the sport. And took some time off, came back, and did something that no one thought was possible…and got his third Olympic medal, two silvers and a gold, and that’s not something to be taken lightly.”

Evan Lysacek is true American hero who embodies the Olympic spirit. Kudos to you, Evan.

Now I can’t wait to hear the sour grapes from the Russian hockey thugs after Team USA sticks it to them!