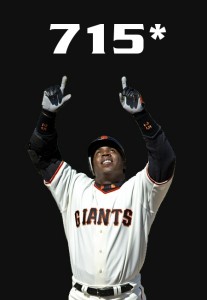 The extra base news of Barry Bonds’ possible indictment on charges of perjury or tax evasion in yesterday’s Daily News , prompted one columnist to astutely resurface the public relations implications for Major League Baseball.

He has a point. Not only is this a personal tragedy for the home run king*, but the League, which heretofore seemed willing to live with the asterisk in its vaunted record books, will now feel public pressure to do more, i.e., strip the title from the bogusly buff Bonds completely. Already, Mr. Bonds’ conspicuous absence from MLB’s All-Star Weekend’s Home Run Derby and the Game itself set tongues-a-wagging.

Watch the court of public opinion (and a few acerbic sports columnists) compel MLB to take definitive action once-and-for-all against the steroidal slugger. Until that happens, it’s encouraging to see Bud Selig continuing to avail himself to journalists’ vexing questions on the issue(s) facing the league.

“Selig discussed those subjects, ranging from Barry Bonds to performance-enhancing substances to the next labor contract. ‘There are always going to be problems,’ Selig said.”

Now wouldn’t life be grand slam if no one bid up Mr. Bonds’ ignominious 715th home run ball on eBay?