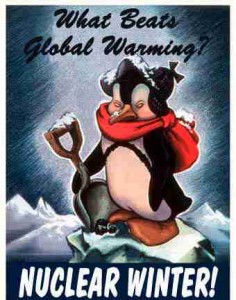 About a week ago, we learned of an effort by GM to use Google AdWords to neutralize (i.e., educate) those critical of the troubled automaker’s aborted electric car initiative.

It seems that the company’s digital issues management (DIM) advisors purchased some ad copy to pop adjacent to the organic results listings when people searched for the film doc “Who Killed the Electric Car.” Hey, isn’t that what AdWords was created for?

“Exxon denies knowing anything about the film, and DCI says, ‘We do not disclose the names of our clients, nor do we discuss the work we do on behalf of our clients.'”

Now this not what YouTube was created for…or was it? Can “CGM” morph into corporate generated media without tainting the viral video hosting company’s brand essence? Or more importantly, shouldn’t video posted on YouTube (and elsewhere) require full disclosure of who financed the production?