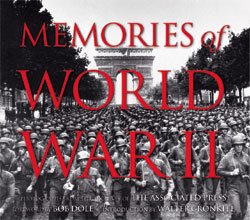 Some months back, I recalled a story in which then AP president Lou Boccardi chastised a late-arriving Washington Post photographer who asked the head of the world’s largest news organization to re-enact the remarks he just missed. Mr. Boccardi, the consummate journalist, naturally bristled at the shooter’s suggestion to stage such a photo.

In the last 24 hours, a brouhaha has developed over the authenticity of some wire service images emerging from Qana, Lebanon. A blog called EU Referendum, taking note of the time-stamped photos, concluded that the same dead child was repeatedly used as a prop in a terrorist PR ploy.

The allegations prompted all three wires to quickly and emphatically deny any such complicity in the manipulation of public opinion. Having worked with The AP — both as a client and as a news outlet — I would find it difficult to believe the esteemed news organization would have knowingly staged these heart-wrenching and incendiary photos.

HOWEVER, in looking at the images, it was patently clear to this blogger that this dead child was being held up and showcased for the media on the scene. So where does a news organization draw the line?

Time stamps notwithstanding, the wires should have thought twice before globally disseminating these clearly choreographed photographs. By moving the most dramatized of the group, they too became pawns in the propaganda game.