Playing Monday morning quarterback for the crisis du jour has long been a favorite pastime of PR pros and media types everywhere. I mean who didn’t have an opinion about how BP behaved in the aftermath of the Gulf oil spill?

And did Tiger Woods, faced with a growing chorus of accusers, do the right thing by using his website to break his silence, holding a presser to which few press were invited, and eventually talking exclusively with ESPN and the Golf Channel?  Even this PR pro weighed in at the time.

It’s easy to opine about such things from afar, but much more difficult when you’re sitting at the table with what you are told are all the facts at hand. Trust me. The facts are never all at hand. 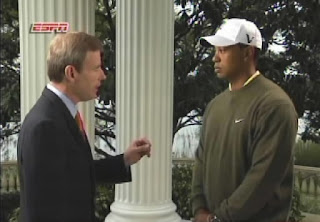 Didn’t we learn in the last 24 hours that Penn State Asst Coach Mike McQueary did in fact stop the “horse play” in the shower and inform the police? And didn’t we learn that Penn State president personally appealed to authorities to seal the details related to transgressions by Mr. Sandusky?

CBS Corp’s top PR guy Gil Schwartz recently put the business of crisis management in perspective by asserting that these are not PR problems at all.  BP, Netflix, Bank of America and Herman Cain eventually developed PR problems, but they started as behavioral or operational problems.

The rapidity with which they grow into a full-fledged PR crisis often is a function of having good instincts, or in these cases, a lack thereof. If you’ve been in this game for any notable length of time, you can pretty much predict how stakeholders will react to certain words or deeds. Schwartz noted:

“It’s my contention as Gil Schwartz who thinks about this seriously and as Stanley Bing who just pokes fun because it’s a lot easier, none of these people have PR problems. They have decision-making problems. They have operating issues. They are ones that produce situations that can only be fixed by good public relations. So these aren’t PR problems, these are management problems that are solved by the heroes of business.” Here’s more.

In revisiting the Nittany Lions, now that they’ve experienced the requisite blood-letting, but reel anew from a surprise network TV news appearance by the root cause of the university’s anguish, we learn that Penn State’s overseers have wisely tapped crisis counsel from one of Omnicom’s premier agencies – Ketchum.

On the same day, The New York Times‘s Joe Nocera weighed in with “five steps” the university should take to put this dark chapter behind it. They included:

Even a Penn State lecturer, when visiting a professor’s class titled (!) “Joe Paterno, Communications and the Media,” conceded that the university has “lost the PR battle.” Steve Manuel, a senior lecturer of public relations in Penn State’s College of Communications, said:

“The golden rule of public relations is you have to get something out in the first 60 minutes,” Manuel said Tuesday during a guest appearance in professor Mike Poorman’s class.  “And mentioning the victims always comes first. Bad news doesn’t get better with time. When you cede the message to (critics or adversaries), you lose the battle.”

I’m not sure I agree with Mr. Manuel. In this 24/7 news environment, time does eventually heal.  People simply forget or are onto the next shocker.  Wasn’t the GOP frontrunner recently accused of sexual improprieties?

Quick and thoughtful action can help quell a growing problem, unless of course, new facts emerge to thrust the issue back into the public spotlight.  But then again, here I am armchair quarterbacking a PR problem without the luxury of all the facts at my fingertips. Shame on me.