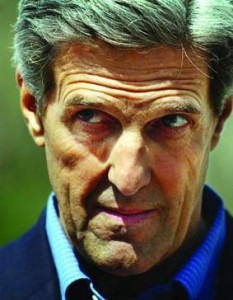 To engage or not to engage…that is the question. For as long as I can remember, good crisis managers stressed avoiding knee-jerk reactions to unpleasant characterizations in the media of your company or person.

Crisis pros advised: “Why draw attention to something that will disappear with the next news cycle?” “You’ll only make matters worse.” “Time heels.” “The problem will eventually go away.”

Standard procedure consisted of keeping an eye on a negative story’s germination and only take action if the harsh spotlight became too unbearable for one’s key constituents, e.g., employees, shareholders, regulators, consumers… Even today, that anachronistic approach remains largely intact, in spite of the disappearance of daily news cycles and an empowered consumer who can spark a viral following with but 140 characters from his or her keyboard.

The New York Times “Week in Review” yesterday took a look at the new realities in crisis management, as percolating in the political realm. Paul Vitello’s piece “Ease that Smea…” acknowledged the digitally induced wake-up call to reputation managers: Don’t wait. Strike back right away.

For a long time there was a debate in the world of political professionals about when, and how much, to respond to the other sideâ€™s brickbats.

But the very notion of viral marketing, a phrase that describes the exponential multiplication of e-mailed campaign messages sent to one network of people who send it on to another reflects the answer that has emerged from that debate: Never wait. Everything is moving at warp speed.

“The viral marketing we are seeing is simply fascinating.” The speed with which the Obama campaign can respond to allegations has been quite impressive, for example.”

The writers notes that: “Everything is moving at warp speed,” while Bedingfield offers: “The lesson of the last 20 years is to respond immediately and aggressively, and across a broad front.â€

So when does it make sense to pause before pouncing on a rumor or nasty innuendo? Apparently never in politics:

â€œWhen the Swift Boat ads hit us, it was obviously a serious matter, aimed straight at Johnâ€™s character,â€ said Tad Devine, Mr. Kerryâ€™s campaign manager. â€œWe had a difficult decision to make.â€ The question at the time was, do we spend money in August to fight this thing, or do we hold onto it until October, when people really make up their minds?â€

We can pretty much guess which route Mr. Kerry and company ultimately chose.