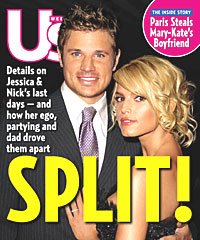 Carma, Delahaye, BlogPulse, Hitwise, move over. Here’s a new way to measure PR success. Gawker picked up on Media Orchard’s report of U.N. Spacey’s study that ranked the lucky notables who had more images published in Wenner Media’s US Magazine than all others over the last year.

An audit of the “celebs” with the most photos (posed, I’m sure!) appearing in the tacky, but profitable weekly glossy ranked Jessica 1st with 209, Jennifer 2nd with 183, Angelina 3rd with 98, and Paris 4th with 95. Gawker’s take:

Ironically, even these Hollywood publicists would have likely preferred less pixel power for their shamefully overexposed clients. I’m also fairly certain that their charges are completely clueless about their dubious new distinction. I wonder if this study will be included in the monthly clip report?