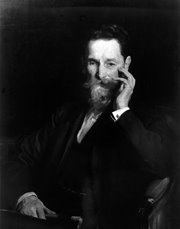 Paul Krugman, the always entertaining and frequently maligned (by the right) New York Times Op-Ed columnist, today takes a critical look at retired Exxon Mobil chief Lee Raymond’s environmental legacy, or lack thereof. As this blog has reported, Mr. Raymond during his reign has done more to undermine the scientific basis that correlates human activity with global warming than just about any other business executive.

In the column, Mr. Krugman makes a couple of observations worth noting by PR pros. He alludes to the Global Climate Coalition, the honorable-sounding consortium of big oil and auto industry companies that banded together to debunk any scientific theories that could potentially undermine their profit margins. Lord Browne of BP bravely broke with the group in the early 90’s to acknowledge humankind’s probable contributions to climate change.

Mr. Krugman also talks about balance in journalism, and how news organizations, in their sometimes quixotic quest for “fairness,” give equal billing to both sides of an issue, in spite of the speciousness of one side’s proof points. It happened with big tobacco and big oil, and is happening with big pharma, big politics, etc. Mr. Krugman writes:

“The people and institutions Exxon Mobil supports aren’t actually engaged in climate research. They’re the real-world equivalents of the Academy of Tobacco Studies in the movie ‘Thank You for Smoking,’ whose purpose is to fail to find evidence of harmful effects. But the fake research works for its sponsors, partly because it gets picked up by right-wing pundits, but mainly because it plays perfectly into the he-said-she-said conventions of “balanced” journalism.”

I remember working the communications front for the proposed World War II Memorial, which, if you remember, endured its share of criticism. The group that led the anti-Memorial crusade was called Save the Mall and, at every turning point, trotted out for interviews a couple of WW II vets it had in its pocket. Meanwhile, every veterans organization in the nation, representing millions, wholeheartedly supported the Memorial.

Did it matter? No. The news media took pains to equally present both sides of the issue in spite of the relative paucity of anti’s and questionable veracity of their arguments. Doesn’t good journalism allow for an imbalanced, but nonetheless accurate report on an issue without allegations of journalistic bias? Do 100 Palestinian protesters amidst a sea of hundreds of thousands of pro-Israel marchers merit equal space and time?

What does it mean for the PR profession? Can sophisticated and more aggressive practitioners muscle their messages into the nation’s news holes at the expense of docile, yet more firmly grounded opponents? On a day when journalism’s best are honored, let’s contemplate their true essence and value in a modern society. Let’s also think about the relationship and responsibility we have to them as a profession.