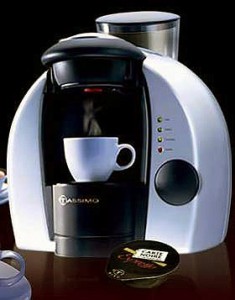 Andy Lark addresses how traditional media combined with participatory media exponentially amplifies the attributes — both good and bad — of a new product or service. A couple of examples crossed my desktop recently: the new MS-enabled Treo and the Tassimo espresso maker. Both were put in the hands of influential MSM reporters, as well as some gadget bloggers. This kind of media “seeding” is a staple for the product publicity business. Sometimes reporters even return the demo unit. Often they don’t.

Should PR pros start with the blogosphere’s influentials to build a viral buzz, or are the Mossbergs and Pogues of the world sufficiently contagious to drive the online buzz? Rubel reports today on gizmodo’s story about a new digital tablet from SONY that he predicts (erroneously I think) will spell the end of dead tree forms of media consumption. Did SONY purposely plant this item with gizmodo first? Jarvis picked up on Pogue’s less-than-flattering assessment of the new Treo, and it reverberated in the blogosphere, likely to the chagrin of its maker Palm.

BusinessWeek’s David Kiley commended the marketers at Kraft for striking a deal with strictly mainstream morning talk jock Don Imus wherein the cantankerous host gifts Kraft’s Tassimo coffeemakers to his favorite guests of the day. While generating great product awareness, some guests, including CBS’s Andy Rooney, were less than effusive. Kiley himself added his own take on the products’ shortcomings. (Gee, if PR people could actually control these unwieldy reporters!)

PR pros are consumed with finding that elusive formula for sparking viral buzz for their clients’ products, services and personalities. (Maybe it was Gladwell who first got everyone so hopped up, but of course, The Tipping Point pretty much pre-dated the blogosphere as we know it.)

Have the highly linked-to gadget sites and blogging pundits finally ascended to media “exclusive” status for a new product PR campaign? Who actually influences whom: blogs—>MSM or vice versa? I don’t think there’s a single answer, except to say that today’s most highly-trafficked blogs have evolved to become an indelible part of the media relations planning equation. Ignore them at your own peril.