Okay. I’m a newbie here, at least according to the Foursquare badge that declared as much upon my check-in at Austin’s Bergstrom airport. I suppose the other give-away was when my wife convinced me to abandon the 100+ person line for taxis after a ten minute spell with no cabs in sight. “Marketwatch’s” media maven Jon Friedman stuck it out. 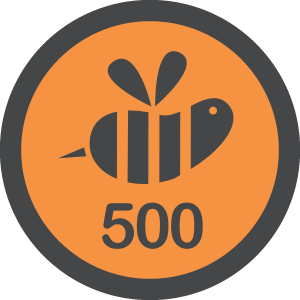 We opted instead for the SuperSaver blue group van, which took its sweet time departing the airport. Bu the time it did, the taxi line had completely dissipated, and we were thusly treated to the grand tour of Austin. (Next year, this New Yorker will wait for the taxi!)

My wife went on to the hotel, and I headed over the the Convention Center to pick up my credentials. Who knew there was such a thing as a Super Duper Swarm badge on my favorite location-based social network?! I thought the Swarm Badge I collected at Internet Week in NYC last year was cool. This new badge reflected 500 other 4sq aficionados in the house. 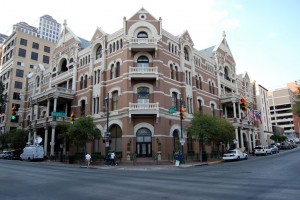 I then made my way over to the PSFK Salon for a panel on “the future of mobile marketing.” It was held at the Driskill Hotel, which I suppose is the most venerable and famous hotel in all of Austin where I caught the Microsoft TAG-sponsored panel on…mobile tagging, what else?

It’s clear that mobile tagging has arrived. Simply every place and placeholder are tagged with a MS Tag or QR Code. Nellymoser’s John Puterbaugh (a client) said that the publishing industry is leading the way, but these scannable codes are proliferating big time at retail and on products — not just consumer packaged goods, but lawnmowers, blenders, or anything that needs an easy way to communicate how to best engage.

I then headed back to the Convention Center checking in along the way into the Foursquare court at the Pepsi MAX lot and the CNN Grill enroute to the Samsung Bloggers Lounge where I ran into Brian Solis and Josh Hallett, two blogger originals. Both have new business cards: Solis joined Charlene Li and Jeremiah Owyang as a principal at Altimeter, and Voce where Josh toils was recently acquired by Porter Novelli. Voce will retain its brand name, and presumably its mojo.
On the docket this evening: the WPP-sponsored happy hour, Hashable’s VIP party, Foursquare’s VIP party with AMEX, and the Frog Design SxSW Opening party. Glad to see Plancast now has a mobile app.