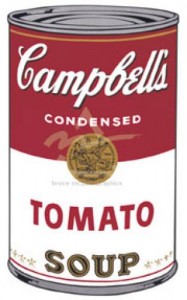 New York Post business scribe Holly Sanders today reports on the advertising vacuum left by Howard Stern’s move last week from terrestrial to satellite radio. Both Sirius and Infinity are pulling out all the stops to lure Stern’s old terrestrial advertisers to their respective new programs in spite of the seemingly less attractive Stern replacement David Lee Roth, and the relatively smaller audience of Stern on Sirius.

Ms. Sanders astutely raises one potential PR issue for advertisers throwing their dollars at the expectedly more profane Stern on Sirius: consumer group backlash. She reports that one of the world’s most esteemed consumer brands (and prolific advertisers) Campbells Soup is on board with Stern. I can just hear Mr. Stern mouthing “Mmm good!” but can only imagine in what context.