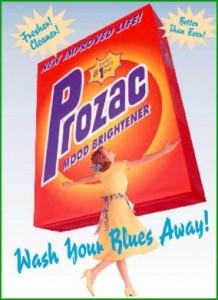 Leave it to Slate to prolong the debate over the use by the news media of “experts” with financial ties to organizations whose POVs they espouse. So what’s wrong with that? What media pundit today isn’t advocating for one side of an issue or another?

The problems arise when the news organization neglects to inform the audience of the spreader-of-such-information’s ties that bind and blind.

We all know about the recent outing of the Pentagon propaganda program through its prominent position on page A-1 of The Times, followed by its subsequent decision to end the deception. What surprised me about the Slate piece was the name of the news organization it outed as failing to disclose the industry affiliations of its four experts, nor that of the program’s host.

The show: National Public Radio’s “Infinite Mind.” The segment: “Prozac Nation: Revisited.” Here’s a take from yesterday’s Slate piece, which was co-authored by New America Foundation’s resident journalist Shannon Brownlee, no stranger to this subject, and picked up today by PoynterOnline:

“Credible, that is, except for a crucial detail that was never revealed to listeners: All four of the experts on the show, including Goodwin, have financial ties to the makers of antidepressants. Also unmentioned were the “unrestricted grants” that The Infinite Mind has received from drug makers, including Eli Lilly, the manufacturer of the antidepressant Prozac.”

Reading further, we learn that the program’s esteemed host, a former head of the National Institute of Mental Health, runs an organization that’s funded by big pharma:

“In addition to the show’s unrestricted grants from Lilly, the host, Goodwin, is on the board of directors of Center for Medicine in the Public Interest, an industry-funded front, or “Astroturf” group, which receives a majority of its funding from drug companies.”

Oh. BTW: that organization is run by Peter Pitts, a guest on that segment, who has one other title:

“…he is the senior vice president for global health affairs at the PR firm Manning Selvage & Lee, which represents Eli Lilly Inc., GlaxoSmithKline, Pfizer, and more than a dozen other pharmaceutical companies. Yet on the show, Pitts was identified only by his title as “a former FDA official.“

At the end of the piece, Brownlee and co-author Jeanne Lenzer reveal that they’ve:

“…created for journalists an international list of prestigious and independent medical experts who declare they have no financial ties to drug and device manufacturers for at least the past five years. We have nearly 100 experts from a wide array of disciplines.”

Independently-vetted media spokespeople in pharma PR? A trend? E-mail them at Brownlee.Lenzer@gmail.com to learn more.