At the conclusion of Tuesday night’s New York Tech Meetup, a few of the venture capitalists gathered impromptu in a group to compare notes. I didn’t want to eavesdrop, but couldn’t help overhearing the assessment of the evening’s final presentation from NimbleTV, which has plans to disrupt the TV viewing experience a la last month’s fave startup – Aereo TV. The big question then and now was whether Aereo and Nimble, with their different schemes for delivering TV programming to one’s digital device, stand on legal terra firma. The jury’s out. 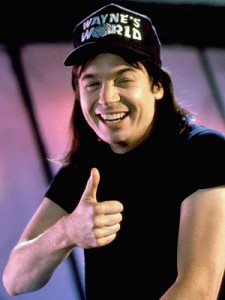 I recognized investor Alan Patricof of Greycroft and Apax Partners fame, and had a chance to say hello to Rose Tech Ventures’ David Rose, founder of New York Angels, who was seated behind me when NYTM executive director and moderator Nate Westheimer encouraged a “peace be with you” moment for the 800+ in the SRO audience. Their attendance, plus that of others I’ve seen at previous events like former NBCUni chief Jeff Zucker, speaks volumes about the innovation and excitement emanating from New York’s tech startup community.

By the way, I should give Nate props for the fab job he does moderating these monthly meetups. His manner is mildly reminiscent of Wayne in Wayne’s World and I’m still getting acclimated to his Cincinnati baseball cap, but the Tech Meetup wouldn’t be the same without his aplomb and good humor. Of the ten presentations this month, all had redeeming value — a testament to NYTM’s managing director Jessica Lawrence and her team, which pores through scores (hundreds?) of submissions each month from mostly New York startups hoping to take the stage at NYU’s Skirball Center.

Tom Lehman of RapGenius, with his Gladwellian haircut, and Kellee Khalil of Loverly, in silver glittery pumps, were the two presenters who IMHO garnered the most adoration from this very discerning audience of New Yorkers. RapGenius is a site that seeks to discern the hidden meaning of today’s most popular rap and hip-hop lyrics. Its visitor trajectory is extraordinary (8 million uniques/month and growing), and as a result, its success in soliciting first-hand input from the “verified” songwriters featured. Is Bible verse next?

Ms. Khalil started Loverly, a wedding resource site, after serving as bridesmaid for her sister’s
nuptials. (I think she characterized the experience as a “total nightmare.”) The audience quickly warmed to her after her self-deprecating remarks lamenting her own state of singledom that infused her preso.

Three real estate apps graced the stage – one for commercial properties, another for residential rentals, and the third for spontaneous workspace. CompStak and RentHackr capture publicly accessible and crowdsourced data, respectively, to provide commercial real estate comparables and potential residential rental vacancies to their respective users. CompStak claims to have data covering 50% of the New York real estate market, while RentHackr is national, but relies on renters to fill out an online form.

Loosecubes facilitates peer-to-peer sharing of office space (“cubes”) around the world. The startup’s staff recent annual fam trip took them to Singapore to check out operations there.

I enjoyed seeing former Wall Street analyst Leigh Drogen of Estimize, Inc. who very cleverly recognized the disparity between what the Street projected a company’s earnings to be, and what they ultimately were. He created a crowdsourced platform for anyone to enter his or her earnings predictions for any company, and claims that his “crowd” collectively beat institutional analysts 67% of the time.

Other startups worth checking out include Venmo, which lets anyone instantly make and share payments with friends, Fitocracy, a fitness app that derives its “dopamine” with badged and community envouragment, and Contactually, a “personal assistant” to help one mange his or her contacts.

Finally, like last month’ Aereo TV, we heard from NimbleTV, a subscription-based platform that allows users to access “all of their television from anywhere in the world.” Anand Subramanian said that his platform works with one’s TV subscription service, and that his team will even contact Time Warner or FiOS or whomever on your behalf to set you up.

He didn’t say what it costs (on top of your regular TV subscription fee), but he did demo the feature-rich, cloud-based service that comes with unlimited DVR’ing capabilities. Cool.