Taking a cue (or rather a queue) from Bloomberg BusinessWeek’s new tech/multimedia reporter Sam Grobart, who himself took a stylistic cue from his former Times colleague David Pogue, I caught Sam’s video clip today about the queues growing outside Apple Stores everywhere. His take: those lining up have other motives for being there than just tomorrow’s purchase of the critically-acclaimed iPhone 5.

Mr. Grobart traipsed over to the iconic Apple Store on New York’s Fifth Avenue to find out who in reality were these Apple fan boys (and girls) sleeping on the sidewalk for days, weeks. In his video segment “Fans Camping Out for IPhone Are Not Who You Think,” he learned that:

As suggested in my tweet the other night, the timing of the PR embargo lift for iPhone reviews no doubt catalyzed consumers to queue up, which in turn will result is resulting in unfathomable amounts of news coverage, including this photo spread from CNN “How to Wait in an iPhone 5 Line.” (Groan.)

Not ones to miss a news beat, smart PR peeps everywhere are scratching their heads trying to figure out how to get their clients in on some of that action. The LA Times also picked up on this meme in its coverage of the queues. The sub-head read:

“Many of those camping out to buy Apple’s iPhone 5 when it goes on sale Friday are also hawking brands, blogs and products or looking to score some easy cash.”

“In San Francisco, Hufnagel responded to a post on TaskRabbit, a website where users can outsource household tasks and errands, and agreed to wait in line at an Apple store for five days for $1,500. Once word got to TaskRabbit, employees dropped off a bunch of company apparel and signs that read: “#SkipTheLine with TaskRabbit.” Hufnagel â€” who set up a green REI tent, yoga mat and folding chair in front of the store â€” also made his own sign promoting his Twitter handle.”

The same ghoes for the lines on the east coast where many people queued up to capitalize on the inherent news interest in the phenomenon:

“In New York, shoppers have been camped outside the Fifth Avenue store since Sept. 13, including Jessica Mellow, a face and body artist and model who is touting her blog, iPhoneWhatever.com, while wearing a shirt she got free of charge from Gazelle, a company that buys used electronics. Also in line: people promoting mobile banking app Refundo and Apple line regular Hazem Sayed, who is using his No. 1 spot to get publicity for his social media app Vibe.” 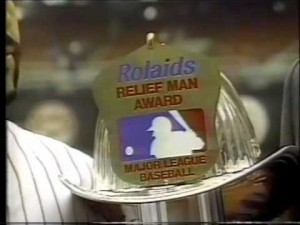 It may be “corruptive corporate interests,” as Mr. Grobart notes, but it’s also enterprising and smart on the part of the communications consiglieres representing these commercial interests. I’ll never forget during the Major League baseball strike, back in the day, we dressed up an agency intern as a stick of Rolaids, i.e., the Rolaids Relief Man, to pay a visit to the scores of reporters and TV news crews hanging out at the hotel awaiting news. Needless to say, our intern had his 15 minutes of fame!

As nimble and creative as some PR people are in recognizing those natural news hooks to leverage, I’ve never been one who bought into the strategy of dressing up like an idiot and waving signs outside the Today Show or GMA’s studios. That, in my opinion, will probably require an appearance by the real Rolaids Relief Man.

(BTW – my new iPhone is coming via FedEx tomorrow courtesy of VZW online.)

UPDATE (10pm ET): The first iPhone 5s go on sale down under, but Apple PR intercedes to thwart the first people in line from making the purchase.  They were a team from a mobile comparison website looking for a little publicity.  Gizmodo has the story.