This morning, my Twitterstream revelled in a rare, but full-throated apology from Apple CEO Tim Cook for the widely derided shortcomings in the iOS 6/iPhone 5’s Maps app. In it he wrote:

“At Apple, we strive to make world-class products that deliver the best experience possible to our customers. With the launch of our new Maps last week, we fell short on this commitment. We are extremely sorry for the frustration this has caused our customers and we are doing everything we can to make Maps better.”

What’s more, Mr. Cook goes so far as to encourage those who have Apple’s new iOS 6 mobile operating system to use his competitors’ solutions:

“While weâ€™re improving Maps, you can try alternatives by downloading map apps from the App Store like Bing, MapQuest and Waze, or use Google or Nokia maps by going to their websites and creating an icon on your home screen to their web app.”

In this day and age, we’ve grown accustomed to PR-driven apologies from celebrities to business executives when mistakes are made (and the news media pounces on them). While we’ve seen a fair share of public apologies in the political arena, the acrimony that permeates this particular election has, for some, seems to have ignored the importance of being earnest, as MSNBC’s Rachel Maddow points out.

A few months back, I lamented how one prominent CEO blew his chance to establish trust with his company’s key stakeholders by offering an apology as a firestorm raged. That missed opportunity to engage his company’s key publics has, IMHO, plagued the company to this day. 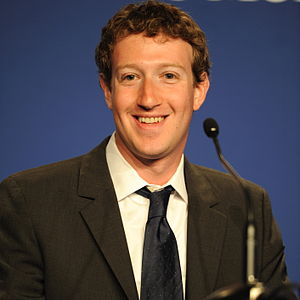 I’m talking of course about Facebook and my post “Should Mark Zuckerberg Apologize” wherein I chastised the youthful founder/CEO for going MIA during a seminal moment in the company’s short history.

Granted, Mr. Zuckerberg was in Italy enjoying his honeymoon, but I still wonder whether some words to the millions of small investors he personally encouraged to invest in his vision might have had an ameliorating effect on the troubles Facebook has to this day in building stakeholder confidence.

Did his legal and PR consiglieres thwart any such apology at the time? Or maybe his staff cowed to his “Do Not Disturb I’m on My Honeymoon” instructions. We’ll probably never know.

Had Mr. Zuckerberg stepped up at that pivotal moment, he might have said:

From its very beginnings, Facebook has strived to fulfill a mission to connect and inspire people in a way that had never before been possible. We asked you to take part in this journey by joining our global community.  As a soon-to-be public company, we also asked you to consider taking an equity stake. Many of you did.

For a variety of reasons, our initial public offering this week did not come off as we had planned. For this, I would like to personally apologize and pledge to work doubly hard to fulfill the vision we have for the company — a vision I hope you still share.

We have accomplished a great deal in our short history, but there’s so much more that lies ahead. I remain confident we will deliver on the promise of Facebook, and I thank you for your continued trust and support.

Kudos to Apple CEO Tim Cook (and his PR advisors) for coming clean in the face of considerable adversity.