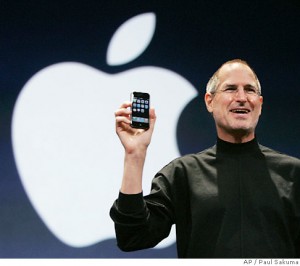 Not unrelated to the item below, the folks at engadget posted a story this morning from a “tipster” reporting a delay with Apple’s iPhone and Leopard operating system until later this year.

It took a while for Apple PR to quash the unfounded rumor. Could the department not have been monitoring “the conversation” as closely as it should?

Two questions arise: would an MSM outlet published an item like this based on a such a tip? (In engadget’s defense, the tip spawned from an erroneous Apple internal memo.)

And, how long did it take for Apple PR to kill the erroneous story? I mean, it was engadget, after all!

Add this one to the Apple rumor mill on Digg.