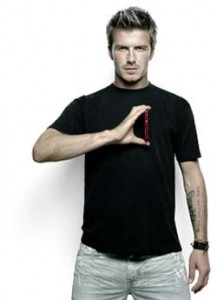 Scanning through the business pages of today’s New York Times, two items struck me as noteworthy. The first had Motorola chief Ed Zander, fresh from his victory fending off interloper Carl Icahn, doing his best imitation of media impresario Steve Jobs at a splashy, multi-media New York City news conference to showcase his company’s latest mobile gizmos (not to mention the celebs retained for endorsement luster).

The second revealed the planned September introduction of the third installment of the wildly popular video game franchise Halo. That story resulted from some PR operative sharing a “draft news release” with the most appropriate reporter at the newspaper-of-record.

I was taken by the contrasting approaches M&M took to breaking their respective stories. Clearly, the Razr’s edge could be found in the price Motorola paid to mount such a breathless event. Between the video presentations, A/V, venue, catering, PR firm’s services, and the celebrities, we’re talking seven figures.

“The phones were introduced at a dance studio in the Chelsea neighborhood of Manhattan, and recorded video demonstrations included the singer Fergie, the soccer star David Beckham and the race car driver Danica Patrick.”

The Halo team targeted The Times’s resident gamer Seth Schiesel, who previously covered the telecom sector, for the early sneak:

“In a draft version of the announcement, Peter Moore, corporate vice president of Microsoftâ€™s interactive entertainment division, called the release of Halo 3 ‘more than a video game release; itâ€™s the biggest entertainment event of the year.’ Microsoft is already starting to build publicity for the game. This week, online players are getting their first peek at the game in the form of a test, or beta, version that Microsoft is distributing over its Xbox Live Internet service. “

The cost: a phone call to Schiesel and Mr. Moore’s time.

Both “announcements” produced coverage in The Times (and elsewhere) though the Motorola piece in The Times was accompanied by three photos. If Microsoft remains true to form, expect a much bigger PR/marketing investment at the time Halo bows publicly.

Until then, we should be mindful of when a newsmaking production reaches a point of diminishing returns. Could Motorola have achieved the same boffo news coverage without the extravagant extravaganza? Does existing gamer fanaticism for Halo permit a more nuanced approach to the public reveal? Will Halo be available for play on a Razr phone? Stay connected.