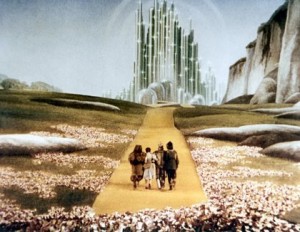 Stopped in to Brightwaters at the South Street Seaport this morning to take part in the second annual Council of PR Firms-sponsored Critical Issues Forum.

Harvard B School professor and Marketspace chairman Jeffrey Rayport moderated the event with aplomb. He kicked it off with some eye-opening metrics, some of which I Twittered via my Blackberry. He said that digital media now comprises 35% of consumers’ worldwide media consumption, yet only 7% of companies’ marketing budgets are allocated to the digital space. (eMarketer expects that number to increase to 10% by next year.) Still a huge gap, representing an even huger opportunity for those in the e-marketing space.

He also said that the four “portals” (I’m dating myself) – AOL, MSN, Google and Yahoo – have a 92% share of gross ad dollars, and that’s growing, bolstered by some $15 billion in M&A deals in the online advertising and analytics space over the last year. Finally he shared yearly page-view growth rates of some online favorites: portals, roughly 8% year; entertainment sites, 21% a year, and…ta da, Facebook 240+%. Make room, he predicted, for a new online conglomerate to displace the old.

Rayport reminisced about Marc Zuckerberg’s rejection of an offer that would have valued the online community in the $900 million range. Enter Microsoft a year or so later, and we’re now talking a $15 billion valuation. This may even be a low ball.

I had a chance to talk privately with former CBS prexy Heyward about the state of media and journalism. One question, and he was off to the races. Here’s the audio clip (RT: 5:04). Ketchum CEO and incoming Council chairman Ray Kotcher also was on hand. He had this to say (RT: 6:41) about the brave new world that lies ahead and our industry’s great expectations.