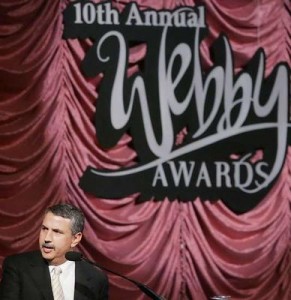 I have mixed feelings about The New York Times’s considerations to discontinue TimesSelect*. On the one hand, why shouldn’t The Times charge a premium for its premium content?

The extraordinary expense entailed in producing that quality content mandates the adoption of new and different revenue models…especially in this day and (newspaper) age.

Times Select is a bold attempt to do just that. It’s a way to monetize existing Times assets in a value-added package. Frankly, I believe that $49/yr. for full access to the paper’s online content and its archives back to 1851 was a fab deal. But apparently I am in the minority.

Enter the terms “link relevancy” and “online authority” — or rather the diminishment thereof for those columnists behind the TimesSelect firewall. If eyeballs-a-reading and bloggers-a-linking to Huffington Post produce respectable ad revenue, why couldn’t Thomas Friedman, Maureen Dowd and Dave Anderson, for that matter, capture a well-deserved piece of that pie?

It was no secret that Mr. Friedman had his qualms about TimesSelect’s limiting effect on his digital footprint. And few will deny how much the economics of the Web have changed in the last two years. Scott Karp, in a thoughtful post on Publishing 2.0, even declares the death of paid content (not you Rafat!):

“The new economics of media make charging for content nearly impossible because there is always someone else producing similar content for free â€” even if the free content isnâ€™t â€œas good asâ€ the paid content by some meaningful metric, it doesnâ€™t matter because thereâ€™s so much content of at least proximate quality that the paid content provider has virtually no pricing power. As smart, talented, and insightful as the New York Times columnists behind the paid wall are, the are too many other smart, talented, insightful commentators publishing their thoughts on the web for free.”

Many applauded the decision. Others attribute the rumblings from the Murdoch camp to free-up WSJ.com as the catalyst for The Times decision. Personally, I’m holding out hope that the eventual unleashing Mr. Friedman and the others will be the right economic and influence-boosting antidote to prove that these times still demand The Times.

*This blogger served as outside PR consultant for the introduction of TimesSelect.