Nearly six years ago, I penned a post titled “Leaders Who Lie,” mostly about the blatant misinformation campaign propagated by one Mahmoud Ahmadinejad. I followed it up several years later with a similarly themed post titled “PR Rogues Gallery,” which broadened the meme to include Yasser Arafat, Syria’s Assad, Libya’s Qaddafi and Russia, which could give the others “a run for their money” on the media manipulation front.

That follow-upÂ post prompted a sharp protest from an American ex-pat friend living in Russia who, like most Russian nationals, is a stalwart supporter of Mr. Putin and believes the former KGB officer could do no wrong. He wrote:

“I really fail to see how the Russian government could in any way be associated let alone in the same league as governments such as Syria and Iran. Indeed, in terms of public communications the Russian government’s problem is a lack of PR. They take almost no steps to mold their external image and the communications battle is left to their opponents who create the deeply flawed perception of modern Russian. And of course too they are a convenient ‘filler’ for the big bad enemy–an enemy only in words and not in fact.” 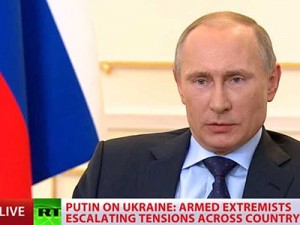 Flash forward to today when any semblance of a free press in Russia has been discarded like the stray dogs in Sochi. In March, The New York Times reported how Russia is mounting a “media war” unlike any other since the end of the cold war. Celestine Bohlin wrote:

“The scale of Russiaâ€™s propaganda effort in the current crisis has been breathtaking, even by Soviet standards. Facts have been twisted, images doctored (Ukrainians shown as fleeing to Russia were actually crossing the border to Poland), and harsh epithets (neo-Nazis) hurled at the demonstrators in Kiev â€” who President Vladimir V. Putin of Russia belatedly acknowledged had legitimate gripes against a corrupt and failed government” 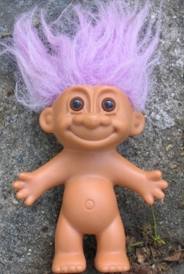 The amount of deception spewing from the Russian government and its proxies has only ramped up since Mr. Putin’s annexation of Crimea, a region whose “vote” to secede, we’re now learning, was itself a sham. Now the Russian government has resorted to paying its supporters to astroturf the comments sections of bona fide news organizations with pro-Russian posts. The Guardian reports that its “moderators, who deal with 40,000 comments a day, believe there is an orchestrated pro-Kremlin campaign.”

This “trolling,” as they call it, has gotten so bad that it prompted one reader to observe:

“…the quantity of pro-Kremlin trolling on this topic â€¦ which has been documented extensively since 2012 as a real and insidious threat to online communities of idea and debate, has rendered commenting on these articles all but meaningless, and a worthless exercise in futility and frustration for anyone not already being mind-controlled by the Kremlin.”

It’s one thing to game Yelp or Amazon with fake reviews for which both platforms have suffered immeasurablyÂ in both the court of law and the court of public opinion, but something else altogether when a legitimate government purposely deploys deception to influence public opinion. InÂ February 2012 the Guardian reportedÂ on Russia’sÂ insidious and opaqueÂ efforts to manipulate the media:

Â “A pro-Kremlin group runs a network of internet trolls, seeks to buy flattering coverage of Vladimir Putin and hatches plans to discredit opposition activists and media, according to private emails allegedly hacked by a group calling itself the Russian arm of Anonymous.”

Mr. Putin may view this as an acceptable practice ofÂ modern public relations, but I assure you, it is not. It is dishonest, dangerous, and frankly, evidence that Russia is not yet ready to participate in a civilized society.