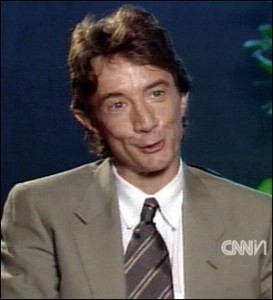 The typical sequence of events leading up to a film opening or Broadway premiere has the celebrity principals making the rounds of media to build advance WOM, and to blunt any potential negative critical reviews.

Today, we learn how Martin Short has flipped the PR process to bolster his 90-minute Broadway show after it received decidedly mixed reviews by the New York critics.

He’s pulling out all the stops to salvage what may be lost cause now that the critics have spoken:

“He’s the cornerstone of a marketing and publicity campaign the producers of “Fame Becomes Me” are launching after Labor Day to overcome the notices.”

“He’ll be on [Jon] Stewart’s “Daily Show” tonight. He’s also scheduled to hit ‘The Colbert Report,’ ‘The View,’ ‘Regis and Kelly’ and ‘The Martha Stewart Show.’ The fact that Marty’s in New York, with all of its media outlets, is something we’re going to take advantage of,” says Scott Zeiger, a co-producer of ‘Fame Becomes Me.'”

Good luck, Marty. I hope your efforts don’t fall short (especially now that your PR plan is an open book to these TV bookers.)