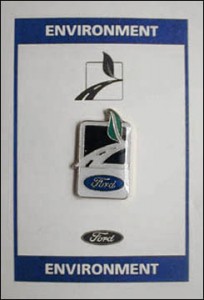 I remember the first time I heard the two-word term. It was during a strategy session with the senior corp comm exec for a very large, foreign pharmaceutical and chemical company. At first, I parsed the words to try to determine their exact meaning. I certainly knew each word as a stand-alone, but taken together they eluded me.

“Sustainable development” initially struck me as some kind of insidious corporate double speak created to assuage a company’s outside critics, e.g., NGOs, unions, etc., while appeasing its shareholders, e.g., those who profit from its profits. The two words in tandem had an incongruous feel.

Over the weekend, New York Times columnist Joe Nocera explored this incongruity in an astute analysis (TS required) of the annual “Business for Social Responsibility” conference held recently in New York. His piece, titled “The Paradox of Business Do-Gooders” examined the “sexy field” of corporate social responsibility, which, as you know, often falls in the domain of the corporate communications professional.

Mr. Nocera cited a 35-year-old article by economist Milton Friedman entitled â€œThe Social Responsibility of Business Is to Increase its Profits.â€ He went on to quote some CSR skeptics:

â€œC.S.R. is a misguided attempt by a subcategory of business managers to deal with the crisis of corporate legitimacy,â€ said Isaac Post of the Competitive Enterprise Institute.

“…in fact, what initially spurred the modern corporate social responsibility movement was the rise of nonprofit activist groups, which pushed and prodded â€” and boycotted â€” companies to force them toward, say, treating workers better in developing countries.”

He went on to cite Nike’s good work monitoring, then establishing standards for worker conditions in its overseas factories. The Timesman then observes:

“Its customers took comfort in that, and so did its employees. Did it help sales? Itâ€™s hard to say. But no oneâ€™s complaining that shareholder money is being wasted. Thatâ€™s what the culture was demanding.”

More troubling, in Nocera’s mind, was Ford’s highly touted “sustainable” initiatives…juxtaposed to the company’s robust SUV and truck sales. Sure, Bill Ford is totally earnest about the environment, but did his company’s green-ness really have the pistons to get the job done? Could it have more quickly followed Toyota’s lead in the hybrid front? Did Ford really make the tough operational decisions that let the environmental rubber meet the road?

“Itâ€™s a lot easier to come out against global warming than it is to change, fundamentally, the way you do business,” Nocera observed.

In the end, Nocera concludes that external forces, e.g., the public, versus internal forces, tend to drive a company’s CSR initiatives:

“If the movement takes that next step â€” if it really does become about the core business model â€” it wonâ€™t be because corporations have led the way. It will be because the rest of us have.”