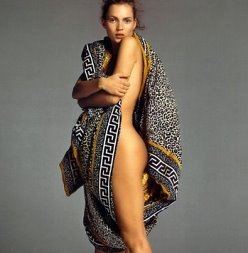 What if her nasty fall from the top of the celebrity wall actually helped her climb back to even greater heights? Guy Trebay, writing in The New York Times today, examines super-waif Kate Moss’s new-found luster following her notorious coke-snorting tumble that quickly permeated the world media.

Mr. Trebay astutely notes that Ms. Moss’s visit to celebrity purgatory was surprisingly short-lived, i.e., the incident happened just seven months ago. Today she enjoys unprecedented demand for lucrative new commercial assignments and glossy magazine spreads — much more than she (or anyone) could have imagined.

As I’ve opined on these pages previously, getting arrested perhaps should be just another gig orchestrated by an agent to help client accelerate a stalled career and then some. Certainly, today’s culture points up many examples of misbehaving syncophants who’ve reaped untold financial and career benefits from these periodic, anti-social setbacks. (Well maybe not everyone, Courtney and Whitney.)

In fact, I understand that Courtney, Lindsay and Kate are set to holiday together in Hawaii. Shades of Elvis in Hawaii ? Highly unlikely.