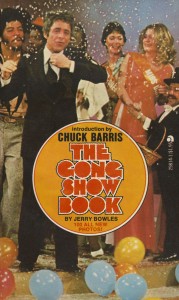 For the longest time, many industry observers have looked to the rigor of the White House’s press office as a paradigm for “command & control” PR tactics. They cite Rove & company’s success in filling the national news hole with the administration’s daily story lines, no matter how incredulous they may be.

When six esteemed generals appeared in words and images on the front page of The New York Times renouncing Defense Secretary Rumsfeld, the communications czars prepared and distributed a one-page briefing document to dozens of other “talking head” generals with instructions to go out and propagate.

Mr. Bush stepped in line by commandeering his weekly radio address to endorse his beleaguered Defense chief. To put the nail in the coffin, the Admin’s new Chief of Staff vanquished the story from the headlines altogether with a much ballyhooed staff shake-up announcement — whose only real victim was the lowly messenger, not the message makers.

Is the White House press office as sophisticated as many believe? When I learned that it opportunistically pitched the rabidly anti-Bush Vanity Fair and its PR antagonistic writer Michael Wolff for a feature on Scott McClellan, I scratched my head. (This likely paled in comparison to Mr. McClellan’s reaction upon seeing the highly unflattering piece.

Yesterday, we learn of two other derelictions of PR duties. Who let the Falun Gong activist posing as a journalist into the Bush-Hu presser? Aren’t media credentials checked and double-checked? I mean it’s one thing to let a conservative blogger (and gay prostitute) into the mixer. At least you’ll know (and control) what he intends to write. But, any cursory check of The Epoch Times would have revealed its association with this group that the Chinese Government, for whatever reason, abhors and actively persecutes.

Then there was the gaffe at the outset of the ceremony wherein the announcer, in introducing the Chinese Premier, called China “the Republic of China” (i.e., Taiwan) not The People’s Republic of China. Geesh. Talk about diplomatic suicide! I’m not convinced the crack Press Office is all it’s cracked up to be.