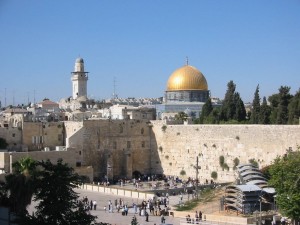 Did you see the piece last week that talked about how YouTube is a favorite among the Al-Qaida crowd for hosting/posting terrorist propaganda video?

And then today we have the terrorist release of some new footage — with the hatefully inciteful title “Holocaust of the Americas” — that purportedly shows a resurgent insurgent Taliban battling U.S. forces in Afghanistan.

It’s no secret that the radical Islamists are pretty sophisticated in their use of digital media — especially video – to influence world opinion. I recently spent some time with a senior leader of a respected American Jewish organization who all but admitted (lamented) that Israel, in spite of its standing as the only true democracy in the region, is still far behind in using modern weapons of mass communication. (So what else is new?)

It was therefore encouraging to hear the news that Israel would deploy live webcams at a disputed construction site — adjacent to where Ariel Sharon singlehandedly precipitated the last Intifada.

“The Israeli government hoped the live pictures would put fears to rest, demonstrating that the excavations are well outside the wall in front of the Al Aqsa mosque compound, Islam’s third-holiest site.”

Hey look, if you can put webcams on the slopes of every major ski resort, why not do the same in a conflict area to quell accusations of a snow job? A smart, simple and relatively sophisticated solution (to the degree that anything is simple in the State of Israel).