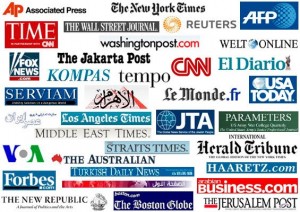 Ad Age‘s Mike Bush today visits with a number of PR pros who wax poetic on how their clients bypass the media filter to reach customers directly.

We’ve covered this for a few years now, but it hasn’t gone so far as to dismiss the value of media relations for advancing a client’s communications objective.

Theoretically, perhaps, but in reality the number of pitchable (or should I say “engageable”) “media” outlets is actually greater than at any other time in history. It’s just that we, as PR pros, need to look beyond the imprimatur of a Newsweek or Fortune to those virtual voices that may exert even greater influence over the specific audience with which we wish to connect.

And it’s not an either-or scenario. The creation and dissemination of original (and reporter unfettered) content will continue to grow in importance. PR exec Mark Hass shares his rationale for using YouTube for one of his automotive clients:

“They [the client] still have the usual car-and-driver folks drive and write about their cars, but that’s becoming much less important than [it] used to be…You build a channel on YouTube and you get millions of views…And these people are coming from all over, and it’s more about their interest in your product, as opposed to the readership and viewership of a particular medium. It’s horizontal. If you wanted to reach that many people using traditional media, you would have to pitch and place in dozens of outlets.”

Who among us can disagree? Plenty. There remains a vast swath of corporate communicators and their bosses in the C-suite for which a Twitterfeed, company blog, YouTube or Facebook page takes a distant backseat to a prominent piece in Business Week or The Journal or an appearance on “Today” or “Squawk Box.”

Believe it or not, even a client’s by-line in the world’s most popular (and conversation catalyzing) blog Huffington Post isn’t viewed by many as having the same value as a piece in The New York Times or the New Yorker. (Though the latter often end up being linked to by the former.) There exist countless (a majority of?) PR firms and pros who remain mired in the notion that the press clip is the end result — as opposed to the customer, investor, legislative or regulatory action a piece of content or conversation may produce.

Unfortunately (or fortunately for many), this dynamic will persist as long as clients measure and pay their firms for ink and airtime impressions. If you happen to be in San Diego for the PRSA International Conference Nov 7-9, stop by our session late Sunday to hear more about the nexus of PR and social media from some of the best practitioners in the field.