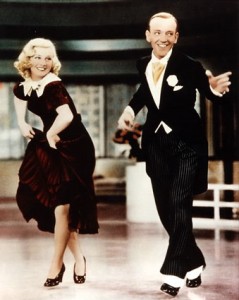 As one of the 74 percent of Americans who reads “a printed or online newspaper” at least once a week, I couldn’t help but notice the full-page ad that broke in the “Money and Investing” section of Friday’s Wall Street Journal, and again today.

Frankly, I had very mixed feelings about this ad that touted Dow Jones’ alleged “new” approach to media targeting. From its news release:

“For communications professionals, the increasingly fragmented media landscape adds to the challenge of quickly finding the right journalist or blogger who will be interested in their story,” says Martin Murtland, managing director, Dow Jones Solutions for Communications Professionals. “Dow Jones Media Relations Manager helps media relations professionals build media lists and personalized, highly relevant and more effective pitches based on the stories the journalists or bloggers have actually written or communicated.”

On the one hand, the product serves as an unabashed validation of the approach pioneered a year ago by MatchPoint, the PR search application I helped co-develop with eNR Services. It’s not every day that one of the world’s most prestigious news organizations endorses (or even discusses) a specific approach to media relations.

MatchPoint’s (patent-pending) technology identifies relevant journalists based on how closely their cumulative bodies of work match the search query (e.g., keywords, pitch letter or news release). It broke from the entrenched PR Spam-producing approach, which uses vague titles or listed beats as a means to find “the right” reporters.

On the other hand, I was put off by Dow Jones’ claim that it is:

“…the only media relations tool that links journalist and blogger contact data with the articles. posts and tweets they’re writing today.”

So much for truth in advertising. If it’s any consolation, I did have chance to take the Dow Jones product for a test drive at the recent PRSA International Conference in San Diego. I approached the booth, and who was there ahead of me smack in the middle of a product demo? None other than Jack O’Dwyer, the entrenched chronicler of all things PR.

Jack asked the booth’s proprietor to do a search with the keywords “PR” and “advertising” for newspapers and wires in the New York market. After a few seconds, the results appeared — all 58,000 of them — with a sports writer atop the list. Nowhere to be found were The Times‘s Stuart Elliott or Stephanie Clifford, the NY Post‘s Holly Sanders Ware, or even The Wall Street Journal‘s Suzanne Vranica or Emily Steele.

The person who demo’d the product explained that the search needed to be “refined” to elicit more precise results. I’d say take a ten-day free trial of MatchPoint. If you like it, sign on for $75/month for a license covering two computers. (Don’t ask about the cost to subscribe to the Dow Jones app.)