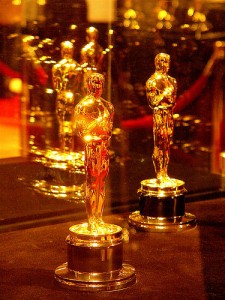 “We’re not here to create a show that panders to our celebrity-driven culture.”

This is a quote from John Pavlik, spokesman for the Academy of Motion Picture Arts & Sciences, who yesterday announced his retirement. The quote appeared in a February 2001 Wall Street Journal piece by Tom King. Shortly thereafter, Slate’s Tim Noah derided the comment as the “Whopper of the Week.”

With the Oscars nearly upon us, and the era of celebrity pandering obsession showing no signs of abating — Think TMZ, Perez, Defamer, PopSugar, The Superficial, Gawker , Fishbowl LA — it is with mixed feelings that we learn that Mr. Pavlik is stepping away from Oscar night’s klieg lights after 39 years. “I’ve enjoyed every single solitary minute of it,” says the 67-year-old, a white-haired man with smiling blue eyes. According to the AP:

“Over the years, he has lunched with Alfred Hitchcock and George Burns, chatted with Boris Karloff and Jimmy Stewart. He has walked miles of red carpet. He has learned that ‘Hollywood is just like any other place, except everybody’s interested in it.'”

Now there’s an understatement. What’s especially impressive to me is just how low-key Mr. Pavlik has managed to remain given his leading role as intermediary between the most glittering event on the planet and a news industry mobilized to feed the public’s avaricious appetite for tales from the red carpet.

In an age when celebrity “uber” publicists frequently find themselves the focus of the stories that chronicle their clients’ chronic behavior, Pavlik should be acknowledged for his stealthy and steadfast approach to his job, often in times of adversity.

“The Iraq war began that year, just days before the awards. ‘It was a tough decision whether to put on the show or not,’ Pavlik recalls. He and his team canceled the red carpet that night and turned away hundreds of journalists. When President Ronald Reagan was shot in 1981, the awards were called off just as guests were arriving. Everyone was told to return the following day. From media coverage to the Governor’s Ball, everything was rebooked and rescheduled. ‘It was unbelievable and it all worked,’ he says.”

John, we wish you well. You may not have the name and face recognition of some of today’s Hollywood hypesters, but the stature the statue has achieved during your watch speaks volumes. (We look forward to one day reading your memoirs.)