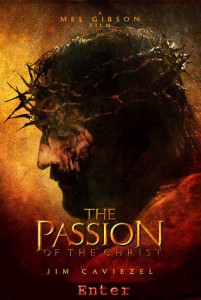 Back on August 12, this blog predicted a three-parter on GMA for the disgraced Mr. Gibson to resurrect his image for the release of his new Mayan movie Apolcalypto:

“Don’t bet on his absence. I’m sure the film’s marketeers are presently weighing just how to channel the newly notorious Mr. Gibson’s “mediability” to drive box office. Three-parter on “GMA,” anyone?”

But it turns out that Disney’s marketing plans will only birth a two-parter on the ABC-TV News morning show. Oh well:

“Gibson spoke with Diane Sawyer somewhere in Southern California recently for a two-part TV interview scheduled to air on Disney-owned ABCâ€™s â€œGood Morning Americaâ€ on Oct. 12 and 13. This is the first time he has talked to the media since his arrest.”

One has to wonder whether Diane Sawyer’s employer’s financial stake in the film will temper the tenor of Mr. Gibson’s first TV interview since his tumultuous tumble from Hollywood’s A-list. We know how he made out with the crucifixion. Now let’s see how he does with Easter.