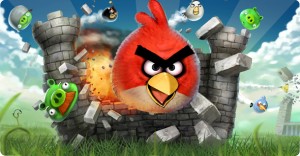 I suppose I should be grateful that Angry Birds, or worse, FarmVille hasn’t seeped into my life. It’s enough of a time sync to intelligently feed the big three of Twitter, Facebook and LinkedIn, and still keep my paying clients satisfied. Thank you, Ping.fm.

Now that Zynga’s “crushin it” on mobile, perhaps I should trash my Blackberry (again), and upgrade to Droid or i/OS to get in on the action? Nah, not exactly the killer app for me. iPhone5, perhaps, or maybe I’ll wait until Oprah picks up the documentary to check it out. 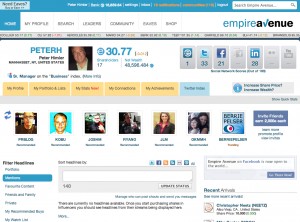 I will admit that I have been tooling with a couple of new social nets – one seemingly on the wane and another on the rise. Empire Avenue gives its members (players?) a stock valuation and some currency, and then uses their engagement with the social graph, site activity, and others’ purchases of your stock to set share price. 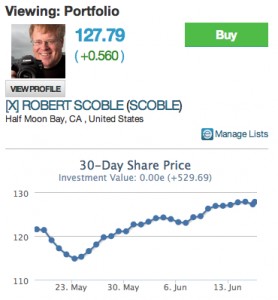 When it first debuted, all the cool kids jumped on board. I took my eaves (EA’s currency) and proceeded to purchase shares in the Alley and Valley’s movers & shakers. 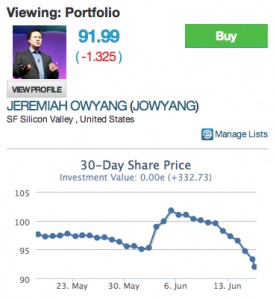 Could Jeremiah have lost that lovin feeling? My stock (Ticker: PETERH) is in the 30 range, and still a great value. (Hint.)

Turntable.fm is the second new and much buzzed-about channel to splash on the social scene. It’s a DJ-driven, invite-only site for which one has to correctly answer a trivia question from some obscure movie scene to be considered for admittance.

As a former progressive FM college radio jock and someone who has a healthy disdain for the NYC radio dial, let alone satellite and the Web for their paucity of memorable tracks buried in the discographies of the classic artists that defined my generation, I started a “room” called “Lost Tracks.” 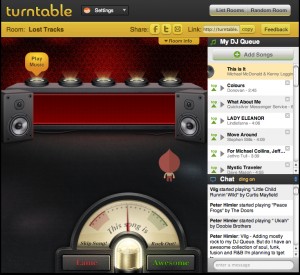 Turntable.fm gives its members a fun platform to communicate and collaborate in the construct of music playlists with other similarly-minded DJ’s on the channel.

I like the execution, but admittedly am still wrapping my arms around the site’s functionality and what it takes to build kharma and get “points.” I suppose I need to make more time to guest DJ in other rooms, and invite others to join mine.

So what drives social media engagement anyway? There are those who attribute one’s proclivity to engage in the social graph to the same chemical that’s produced when one falls in love: oxytocin i.e., I think I’m in love!). This explains a lot.

My PR-minded readers will certainly be attuned to the challenge many of us share in helping clients get past the initial splash of launch media attention and SM buzz to a more sustained presence in the media. The conversation was deafening when Empire Avenue first burst onto the scene. It was clear that considerable thought went into the development of the site. Yet, here we are a month or two into it, and those fickle diviners of digital immortality may already be onto the next big thing.

Can corporate marketers drive that continued awareness? Social Media Group’s Maggie Fox thinks not. She posited that it would be foolish for corporations to “trade” in the virtual world of Empire Avenue, especially publicly-traded ones. In fact, she advised those considering investing in her as follows: “Definitely don’t buy me – can’t you see where this is going? You’ll lose EVERYTHING.” 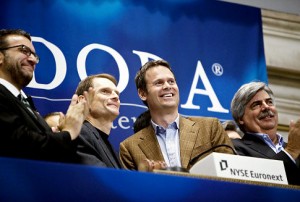 Let’s hope that Turntable.fm (and Empire Avenue’s) proprietors continue to innovate to keep their users, and those who write, post and tweet about the innovation economy, satisfied and engaged.

I was thus encouraged to receive a welcome email from Turntable.fm’s co-founder Billy Chasen on the state and goals of his site.

Pandora, watch out (or maybe not)