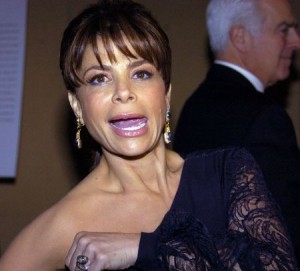 I’ve known Hollywood publicist and media strategist Howard Bragman for far too many years either of us would care to admit. We share Burson-Marsteller in our backgrounds, but then again, how many thousands of others have B-M in their past?

Howard went on to form Bragman Nyman Cafarelli, which was sold to Interpublic for more than a few dollars. He ultimately left BNC, sat on the sidelines for a bit, but never lost his PR moxy. He finally started a PR firm called fifteen minutes, which is presumably less time than his clients have in the media spotlight.

For those of you who follow the machinations of Perez, TMZ and the Hollywood glitz and glam crowd, Howard is currently embroiled in a Tinseltown tussle with a short-lived, and likely short-lived, high (profile) client who alleges professional mistreatment. Apparently, a whiny audiotape of said (former) Bragman client made its way into the public domain.

To put this matter in perspective, I’m told that the erratically enigmatic Paula Abdul has employed more than a dozen publicists over the last three years, and three in the last three weeks alone. I am therefore skeptical of Ms. Abdul’s allegations of mistreatment at the hands of Howard, especially since he is not in the mold of your typical Hollywood publicist.

The time he spent in his early career plying the trade in a more strategic, and, God forbid, corporate realm taught him a few things, e.g., like lying to the media to save a troubled celebrity ain’t worth burning one’s media credibility.

I caught up with Howard late today who told me that he has no interest in “trashing” Ms. Abdul. He simply wishes to defend his integrity in light of this unseemly attack by someone who can capture the media’s attention by simply tripping over a chihuahua. (Would any of this be news if Ms. Abdul wasn’t a fixture on America’s #1-rated show?)

Then again, this overblown kerfuffle could all be a ruse by Ms. Abdul and her manager to garner attention for her soon-to-bow reality show, let alone perfume, clothes, and booze (just kidding) lines.