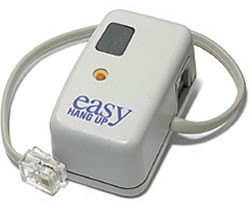 I’m quite sure that Kevin Goldman, vice president of CNBC public relations, outranks an ink-stained gossip columnist. So who can blame him for hanging up on Lowdown – twice – when asked why CNBC superstar Michael Eisner, the deposed CEO of Disney who gets astronomical ratings of almost 100,000 viewers, was a no-show on yesterday’s “Live With Regis and Kelly” – which, after all, gets only a measly 5 million viewers. “I’m not talking to you guys!” Goldman barked. Excellent promotional work, Mr. G!

Those of us who have worked with Mr. Goldman, as a PR executive, author, and reporter for Newsday, Variety and the Wall Street Journal, would be hard-pressed to find anything negative to say about him. He’s smart, charming, chatty, funny and a real “mensch.”

Still, one would have to wonder (admire?) what he was thinking when he totally dissed the reporter for Lloyd Grove’s column in The New York Daily News. (I’m sure many of you have fantasized about telling a reporter to “take a flying…”) But we usually don’t. We PR types tend to be obsessive about preserving these “bread and butter” editorial relationships, with nominal regard to where they fall on the media pecking order.

Of course, if one represents a hot story or personality, the requirement to be suppliant to a member of the fourth estate may not be as apparent, i.e., “they need me more than I need them.” For now, that is. But when your next client (or job) is of the B-list newsmaking variety, you may very well regret burning that bridge.

Anyway, I had to chuckle after seeing the item today since I have vivid memories of Mr. Goldman (aka Wall Street Journal Advertising columnist) giving me the proverbial heave-ho as my best pitch fell flat. Click! (He denies it to this day.) I chalked it up to the pitfalls of the job. The net affect of using this tactic from the other side of the dance floor remains to be seen.