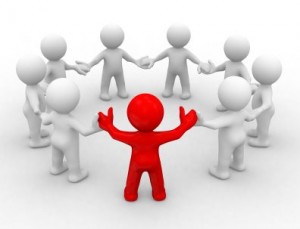 Chris Brogan may regret turning over his online real estate to guest blogger Dennis Howlett, a fellow Social Media Today contributor, who used the opportunity to rant on most things Web 2.0.

His post “Web 2.0- Was it Ever Alive?” calls into question the lofty prognostications on the value that “social media” (a term Howlett abhors) has for the enterprise.

“At best, the benefits Iâ€™ve seen brought about by web 2.0 adoption are marginal. The notion that ground up business adoption would sweep the earth hasnâ€™t happened. And it wonâ€™t.”

These caustic meme struck a disresonant chord with Tim O’Reilly, whose O’Reilly Media Web 2.0 Conference in 2004 is often credited for codifying the term. It prompted a prompt O’Reillian retort:

“Frankly, Dennis, this post demonstrates a shocking ignorance of what Web 2.0 is really all about. Itâ€™s the move to the internet as platform, and the rise of applications that harness network effects to get better the more people use them. Social media is a tiny part of that.

And youâ€™re kidding yourself if you think that hasnâ€™t affected business, or delivered tangible ROI. The companies that have learned how to leverage networks are outperforming.”

Howlett cites the receipt of anachronistic press releases as just one indication that things have not changed so much:

“After three years of listening to definitions of the term I can guarantee that 99% of the press releases I see are exactly the same as those I would have received 5, 10 or even 20 years ago. Theyâ€™re still dopey, riddled with double speak and wrung dry of useful content. So whereâ€™s the value in all this socmed stuff? Show me how customer service has radically improved as a result of applying web 2.0/social media services?”

As if on cue, Guy Kawasaki this morning tweets a link to “the mother of social media examples” in business courtesy of Peter Kim via Ray Schielâ€™s Blog on Marketing a Business Through Social Media.

“Yes, businesses want to know whatâ€™s in it for them. But that starts with understanding what matters. The network as platform (Web 2.0) does matter. Any particular application may fail, but the trend lines are pretty darn clear. Figuring out the networked enterprise is critical.”

A most worthwhile exchange (and decent list of case studies).