Several years ago when Al Jazeera announced its ambitious plans to expand its TV news footprint from the Middle East to the United States, I scratched my head and pondered the foolishness of such an idea. After all, didn’t Al Jazeera built its brand identity as the propaganda arm for the Intifada and a few recognized terrorist groups? Minimally, those charged with re-positioning Al Jazeera America into a reputable journalistic enterprise, by U.S. standards, would have their work cut out for them. 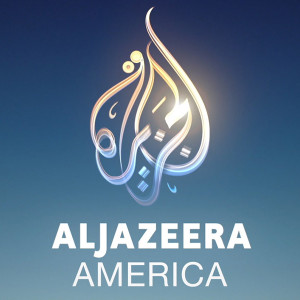 Nonetheless, the network picked up a bit of cable carriage and hired some journalists with bona fides like former CBS newsman Dave Marash and others to demonstrate the seriousness of its commitment. It even went ahead and purchased Current, Al Gore’s youthful and edgy digital and cable video news outfit that probably was some five years ahead of its time. (Did someone say that Now This enjoys 700M+ video views a month?)

Still, as much money as was spent to hire the right folks and produce some journalistically noteworthy reporting, Peyton Manning on steroids, notwithstanding, the lingering reputational challenges proved too much to overcome. And then there were the internal scandals and defections that bubbled into the public domain raising the spectre that the network may not be as committed to journalistic ethics as it purported to be.

Today, Al Jazeera America announced plans to shutter the U.S. cable TV arm by the end of April, and “expand its existing international digital services to broaden its multi-platform presence in the United States.expanding its digital news output.” From the Doha-originated news release:

“Al Anstey, CEO of Al Jazeera America, today announced that Al Jazeera America will cease operation by April 30, 2016. While Al Jazeera America built a loyal audience across the US and increasingly was recognised as an important new voice in television news, the economic landscape of the media environment has driven its strategic decision to wind down its operations and conclude its service. Al Jazeera America is committed to conducting this process in a way that is consistent with its respect for colleagues.”

Separately, CNN’s Brian Stelter opined that falling oil prices may have contributed to the network’s demise:

“The channel’s end appears to have been prompted by the plunging price of oil, which dropped below $30 a barrel on Tuesday for the first time in 12 years. That’s significant because Al Jazeera America is owned by Al Jazeera Media Group, which in turn is owned by the government of Qatar.”

From low ratings to low oil prices to low confidence in a report linking one of the most celebrated NFL players of all time to steroid abuse, the fact remains that Al Jazeera is an Arab-owned network with a once-unwritten mission to advance terrorist propaganda.

It also has Arabic lettering still in its graphic identity, and sadly in this country, that reminder had the otherwise earnest staff of reporters, ad sales execs and cable TV relations folks swimming upstream from the get-go.