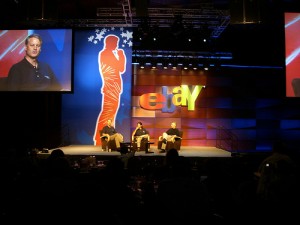 I may have shared this story on these pages previously, but it’s worth a second life. Anyone who’s been toiling in the tech space for any length of time won’t forget the launch of Microsoft’s first big-branded OS — Windows 95.

The over-the-top launch was capped with the mother of all “fam trips” that saw hundreds of journalists descend upon Redmond, Washington for the first-class fete.

We convinced our then client Ziff-Davis Publishing to “ambush” the captive affair with its own breakfast ahead of the formal doings out at the MS campus. Media were enticed to Z-D’s presser less by the eggs & bacon, and more by the chance to hear the industry’s top tech editors (e.g., Michael Miller, Jim Louderback, Bill Machrone, and others) “separate the fact from the fiction” over the much-hyped, but nonetheless pathbreaking operating system.

The strategy of ambushing high-profile media or marketing events is nothing new. How many companies look to CES or E-cubed as opportunities to commandeer registered media for their own news announcements? It’s the events to which one’s not invited or haven’t formally signed on that make the tactic ten times trickier.

We once worked with a giant toy company that somehow managed to bypass the $40 million entry fee to put its product in the hands of every Olympic athlete…during the Games. The boffo publicity that was generated made many of the top-tier sponsors green with envy.

Flash forward to today. Google, which may be wise to the PR doings of Silicon Valley, and even Wall Street, took a powder this week when it tried to exploit the captive audience at eBay’s annual member confab in Boston. In an effort to gain attention for Google Checkout — a competitor to eBay’s PayPal — the Mountain View company invited eBay sellers to its own event:

One small detail was overlooked as Miguel Heft reported in today’s Times:

“That did not sit well with eBay, and early Wednesday the IDG News Service reported that eBay had decided to drop all the ads it places on Googleâ€™s search engine. eBay is the largest buyer of Google search ads, according to Nielsen/NetRatings.”

“‘I wonâ€™t comment whether that was directly tied to Googleâ€™s plans to have that party,'” said Hani Durzy, an eBay spokesman. He said that eBay was simply running a test â€” something it does frequently â€” by shifting marketing dollars to determine the best way to attract users.”

Not so sure about the latter part of that quote, but Google got the message, and wisely pulled the plug. To its credit, the big G did link to many less-than-flattering blogs that followed the “catfight.” Here are a few: